Wycombe Wanderers forward Uche Ikpeazu Mubiru has revealed his eagerness to earn a debut for Uganda in the upcoming Africa Cup of Nations qualifiers.

The Cranes are lined up to face South Sudan in a Group B double-header set for November, and the burly striker has pointed out he is ready to represent the country after being named in the squad for the match.

“It’s an honor to be called up and I am looking forward to representing my country in the up and coming fixtures,” Mubiru wrote on his social media pages.

Mubiru was due to make his debut for Uganda in early March after coach Johnathan McKinstry named him in the squad to face South Sudan, but the clash was postponed over the coronavirus outbreak.

It’s an honor to be called up and i am looking forward to representing my Country in the up and coming fixtures.🇺🇬 ⚽️ 🙏🏾 #TheCranes #RoadtoCameroon #AFCON2021 https://t.co/ovgiB7oagz

Five days ago, McKinstry once again named the striker in his provisional squad of 20 which only featured foreign-based players.

The Cranes are set to face South Sudan on November 11 and 16 for match days three and four of the Africa Cup of Nations qualifiers.

Fahad Bayo and Timothy Awany, both of Ashdod FC, Kizito Luwaga of Hapoel Kfar Saba as well as Michael Azira of Chicago Fire were also included despite missing a training camp in Dubai during the international break.

The camp was planned in order to help the players gel ahead of the qualifiers and the African Nations Championship (Chan) tournament but some players failed to turn up due to travel restrictions.

Derrick Nsibambi has also returned to the national side even though he also did not take part in the Dubai training sessions.

In a recent interview, McKinstry revealed he had held talks with Mubiru before he signed for Championship side Wycombe Wanderers.

“I have been in constant contact with Mubiru,” McKinstry began as per Kawowo. “We spoke about the prospect of moving to the Championship after he called to consult for advice and I gave him a go-ahead.

“The Championship is one of the most – if not the very best of the – competitive leagues in the world, with thrilling action week in, week out. It is definitely a great platform for Mubiru to develop further.”

The 25-year-old, born in London to a Nigerian father and a Ugandan mother, had managed to score two goals in 23 Scottish Premiership games for Hearts last season before he moved to Wycombe.

He previously played in the English League One with Crewe Alexandra, Port Vale, Blackpool, and Doncaster Rovers, and he has expressed his readiness to play on the international scene with the Cranes.

Upon being called up to Cranes squad before the qualifiers were suspended owing to the effects caused by the coronavirus pandemic, Mubiru said: “It’s always been a dream to represent my country.

“I thank God for this opportunity and I’m looking forward to testing myself at international level and hopefully achieving great things with Uganda Cranes.”

Uganda are seeking to qualify for the Afcon for a third successive time.

Chippa United's warning for Kaizer Chiefs: We are also a wounded lion

Tue Oct 27 , 2020
Chilli Boys skipper Veli Mothwa has fired a warning shot to Amakhosi ahead of their league clash on Tuesday Chippa United are planning to turn up the heat on new Kaizer Chiefs coach Gavin Hunt by taking points off Amakhosi at the Nelson Mandela Bay Stadium on Tuesday night. This […] 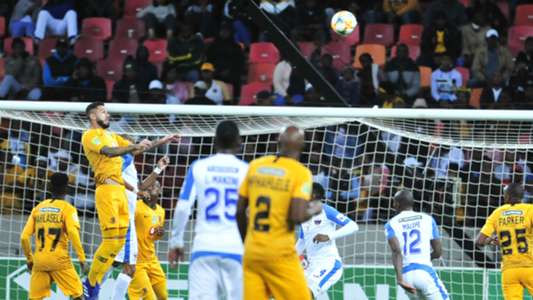