UAE will play host to India for a friendly in March…

UAE (United Arab Emirates) are set to lock horns against India in a friendly encounter on March 29, Goal can confirm.

The Whites were scheduled to host Malaysia on March 25, before flying to Indonesia for the second round of World Cup qualifiers on March 30. But both the matches have been postponed to June. In fact, all the four remaining group games will be played in June at a centralised venue.

Travel restrictions in the two countries due to the ongoing Coronavirus pandemic have led the matches to be postponed. The rescheduled matches are set to take place on June 3 and 7, while Bert van Marwijk’s men will take on Thailand and Vietnam on June 11 and 15 respectively to conclude the group stage.

It has been learnt that the UAE FA will submit a bid to AFC (Asian Football Confederation) so that it can host the remaining games of Group E. The last date for such applications is March 5, while the decision is set to be announced by March 15.

UAE are currently fourth in Group E with six points from four matches. They started the second round on a positive note after defeating Malaysia and Indonesia but succumbed to losses in their next two matches against Thailand and Vietnam.

In fact, they trumped Indonesia 5-0, courtesy of a hattrick from Ali Mabkhout, but went down by a one-goal margin in their next two matches. Vietnam are the current group leaders with 11 points from five matches.

In 2021, UAE played a friendly against Iraq on January 12, but they were held to a goalless draw.

Eight group winners and four best runners-up will progress to the continent’s 12-team final qualifying stage for the 2022 World Cup.

Tue Feb 23 , 2021
The veteran Brazilian defender admits that European success is the only target at Parc des Princes, with domestic success now considered to be a given Thiago Silva is happy to have escaped the Paris Saint-Germain pressure cooker, with the current Chelsea defender revealing that “the whole season was sh*t” at […] 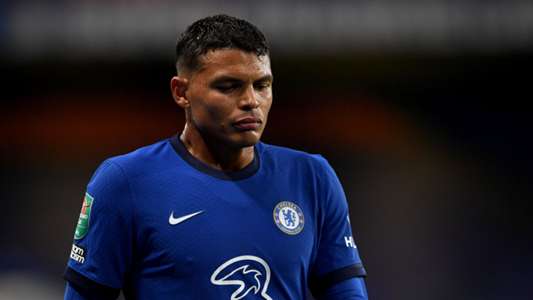