The Hippos will have to battle for a quarter-final berth with hosts Mauritania, Cameroon and Mozambique

Uganda U20 captain Gavin Kizito believes the team is prepared and ready for the Africa U-20 Cup of Nations to be held in Mauritania from February 14 to March 4.

The Hippos have been in camp and on Wednesday they played a friendly game against KCCA FC and won 3-2, with Ivan Bogere scoring a brace and Richard Basangwa adding another for the youngsters. Juma Balinya and Dominic Ayela scored for the Garbage collectors.

It is, for this reason, the centre-back believes the East African youngsters will have a good run in the biennial competition.

“We have prepared very well and are ready for the tournament since we have spent almost a week in the camp,” Kizito said as quoted by the Sports Nation.

The Hippos qualified after reaching the finals of the U20 Cecafa Championship in December 2020, eventually winning the tournament after defeating the hosts Tanzania 4-1.

Uganda will have to battle for a quarter-final berth with hosts Mauritania, Central African heavyweights Cameroon and Mozambique in Group A.

Tanzania, who lost the Cecafa final to Uganda, have been placed in a tough Group C that features Ghana, Gambia and Morocco while Group B has Burkina Faso, Tunisia, Namibia, and the Central African Republic.

Mali are the defending champions after beating Senegal 3-2 on penalties after a 1-1 draw in regular time in the previous final, however, neither of the two nations will be in Mauritania.

Nigeria are the most successful team having won the title a record seven times.

The competition was founded in 1979 to help introduce African youth to the competitive world.

The four top teams from the competition will represent the continent in the 2021 Fifa World Cup to be held in Indonesia at a yet to be determined date.

Uganda will be aiming at stamping its authority in continental youth football after dominating the East African region.

Fri Jan 29 , 2021
The Msimbazi giants revealed the state of their new signing ahead of the resumption of the league and Caf assignments Simba SC have confirmed they are still waiting for the International Transfer Certificate for new signing Perfect Chikwende. The Zimbabwean striker arrived at Msimbazi on the deadline day for the […] 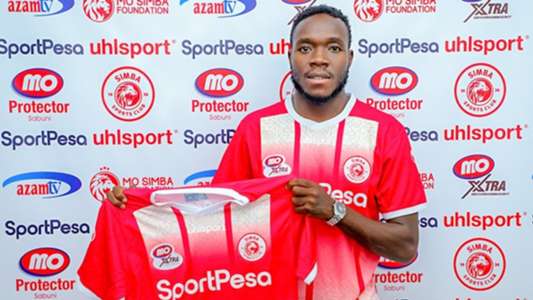