Ghana and Morocco settled for a 0-0 draw on matchday two of the ongoing Africa U20 Cup of Nations in Mauritania.

With neither side unable to find the back of the net in the Group C fixture, each team left Stade Municipal de Nouadhibou with a point.

The result has left both teams tied on four points at the top of the standings, with Ghana sitting as leaders due to a better goal difference, a result of their big 4-0 opening day thrashing of Tanzania.

Earlier on Friday, Tanzania came from behind to hold Gambia to a 1-1 draw, leaving the two teams also tied with a point each but with the latter sitting up on the third position owing to a superior goal difference following their narrow 1-0 loss to Morocco on matchday one.

On Monday, Ghana will take on Gambia as Tanzania face Morocco in the last round of group games. The top two teams at the end of the series secure qualification to the quarter-final of the competition.

Ghana coach Abdul Karim Zito made one change to the team that handed Tanzania the thrashing, with Patrick Mensah replacing Eric Ansu Appiah.

Schalke 04 winger Joselpho Barnes also kept his place in the team after scoring on matchday one, his first game for the country of his parents at any level.

In the end, there was little to separate the two sides as Mohammed Sulemana’s 67th minute effort from long range flew just over the Moroccan bar, one of a series of half-chances of the game.

In the first Group C game of the day, Novatus Dismas’ 88th minute free-kick earned Tanzania a point in their 1-1 draw with Gambia.

The young Scorpions, who scored first through Momodou Bojang’s volley five minutes to half-time, looked headed for their first win of the championship until Dismas struck late on.

Ordinarily, the top four teams at the U20 Afcon ought to be rewarded with qualification tickets for the U20 World Cup but the situation has changed due to cancellation of the global gathering because of the Covid-19 pandemic.

Fri Feb 19 , 2021
The Islanders will be looking to return to winning ways after surrendering the top spot to ATK Mohun Bagan… Jamshedpur will no cha in the top four if they drop points against Mumbai City when the two sides meet in a 2020-21 Indian Super League (ISL)  tie at the Tilak Maidan Stadium […] 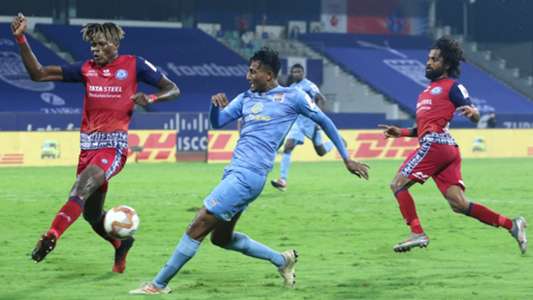