U20 Uganda coach Morley Byekwaso has named his provisional 33-man squad for the Tanzania mini-tournament.

The Hippos will use the competition to prepare for the Africa U20 Cup of Nations scheduled to be played in Mauritania from February 14.

The squad will leave for their neighbouring country for the 10-day tournament that will also include Namibia. Tanzania and the Hippos qualified for the U20 Afcon from Zone 5.

In the biennial competition, Uganda have been pooled in Group A, and the Hippos will have to do battle for a quarter-final berth with hosts Mauritania, Central African heavyweights Cameroon and Mozambique.

Tanzania, who lost in the Cecafa final to Uganda, have been placed in a tough Group C that features Ghana, Gambia and Morocco while Group B has Burkina Faso, Tunisia, Namibia, and the Central African Republic.

The two winners from each group will be guaranteed a place in the quarter-finals of the biennial competition alongside the two best third-place finishers from any of the three groups.

Mali are the defending champions after beating Senegal 3-2 on penalties after a 1-1 draw in regular time.

However, neither of the two nations will be in Mauritania for the competition which will take place until March 4. 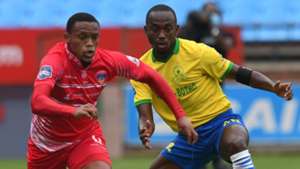