U20 Uganda coach Morley Byekwaso believes a slow start coupled with poor officiating contributed to their 5-3 loss against Tanzania in an international friendly match.

The 2020 Cecafa U20 champions and their hosts will represent the region for the Africa U20 Cup of Nations to be held in Mauritania and were using the game as a build-up.

Ngorongoro Heroes scored their goals through Abdul Suleiman – who scored a hat-trick, while skipper John kelvin and Kassim Shaban scored a goal each. The Hippos replied through Ivan Bogere, Sam Ssenyonjo and Derrick Kakoza.

“We didn’t start well in the game, [Tanzania] came for a win since we had beaten them in the previous two encounters,” Byekwaso reacted.

“The referee gave out two goals to them which killed the first minutes, but the last three goals were okay. Our defenders lost the ball on three occasions, costing the team.

“We need to work on the defence, we have and will continue to engage the players on how to handle different situations while at the back. We were poor at the back yet we have not been playing that way. We undermined the team hence costing us.

“We need to work on the defence in the last days before the final tournament.”

Uganda were taking part in the mini-tournament to prepare for the U20 Afcon to be played in Mauritania from February 14 to March 4.

In the biennial competition, The East Africans have been pooled in Group A: the Hippos will have to do battle for a quarter-final berth with hosts Mauritania, Central African heavyweights Cameroon and Mozambique.

Tanzania, who lost in the Cecafa final to Uganda, have been placed in a tough Group C that features Ghana, Gambia, and Morocco while Group B has Burkina Faso, Tunisia, Namibia, and the Central African Republic.

The two winners from each group will be guaranteed a place in the quarter-finals of the biennial competition alongside the two best third-place finishers from any of the three groups.

Mali are the defending champions after beating Senegal 3-2 on penalties after a 1-1 draw in regular time.

However, neither of the two nations will be in Mauritania for the competition.

Sun Feb 7 , 2021
The Premier League champions will travel to Hungary later this month after plans to play at Red Bull Arena in Germany had to be scrapped Liverpool’s Champions League round of 16 first leg tie against RB Leipzig will be staged in Budapest. It was reported on Thursday that Liverpool would […] 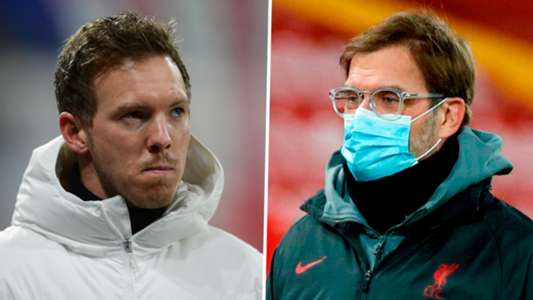