Tusker goalkeeper Emery Mvuyekure has revealed his main priority in his third season in the Football Kenyan Federation Premier League.

The Rwandan star said winning the league remains his primary ambition in the 2020/21 season after missing out in the last two campaigns.

Mvuyekure was part of the Tusker squad that missed out on the title to Gor Mahia on those two occasions despite being viewed as pre-season favourites by some.

“My first season was quite tough and that is because I had not fully adapted to the terrain of the Kenyan league but for now I feel that I am a Kenyan and ready,” Mvuyekure said as was quoted by Tusker’s Facebook page.

Apart from revealing his dream, the custodian gave an update on their readiness ahead of league action against Sofapaka at Kasarani on Sunday.

“Sofapaka are a big team that we cannot afford to underrate. Although they have lost a number of games in the season, we respect them as one of the biggest teams,” he added.

“The Sunday game will be very difficult but given how we have prepared in the training sessions I believe we are going to score goals.

“Let me admit that our pre-season was not that good but we have since got enough time to prepare and we are in good shape than we were in the previous games. We are in very good shape especially after the week-long sessions we have had on the training ground.

“We started badly but that was because our pre-season was not that good but as the days have gone by, we have continued to improve. We lost the first game, drew in the second one before we went on to pick three consecutive wins.

“We are simply very ready for the Sunday game.”

Meanwhile, Sofapaka will welcome back Michael Bodo for the Tusker clash but David Simiyu, Isaac Mitima, and Stephen Okola will miss the encounter given they are far from full recovery from various injuries.

Arsenal can now play with 'the handbrake off', says Arteta after West Brom win

Sun Jan 3 , 2021
After stringing together three straight victories, the Spaniard believes that the pressure has finally been lifted from his team Mikel Arteta believes Arsenal can play with freedom now they have turned the corner on their dismal run of form. The Gunners made it three Premier League wins in the space of eight days […] 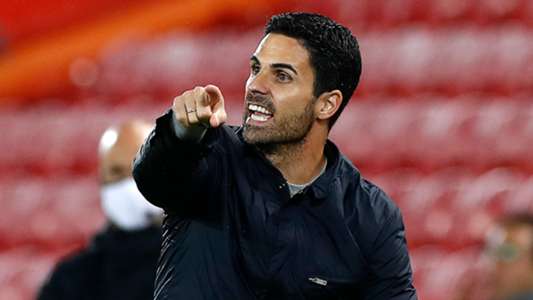