In another Kenyan top-tier game, Bandari claimed a 5-0 win over Vihiga United at Mbaraki Stadium in Mombasa

Tusker FC registered their seventh Football Kenya Federation Premier League win in a row after coming from a goal down to defeat Nzoia Sugar 2-1 at Kasarani Annex on Tuesday.

Jackson Macharia and Henry Meja won it for the Brewers while Hillary Simiyu scored for the visitors.

The hosts came into the match aiming at widening the gap on top of the table. For the Sugar Millers, a positive outcome was needed for the team to get in the top 10.

It was the visitors who started the game on a high and almost grabbed an opener in the 3rd minute. The 11-time champions conceded a free-kick in a good area and Gilbert Wandera stepped up.

However, Michael Wanjala pulled a stunning save to ensure his team did not concede early.

Two minutes later, the hosts had a massive chance as Luke Namanda initiated a good move, played to Kevin Okoth who set up youngster Henry Meja but the teenager narrowly missed the target.

From that moment, the teams employed a cautious approach with the defenders looking solid.

Christopher Oruchum had a chance to head in an opener in favour of the Brewers in the 33rd minute but his effort missed the target by inches.

It was the same case with Nzoia’s Hillary Simiyu who missed the target from a free-kick with the custodian beaten.

The forward needed two minutes after the break to make amends. The Brewers started casually and the Sugar Millers managed to steal possession and Simiyu finished it.

Substitute Macharia leveled matters in the 71st minute before Meja made up for his initial miss with a fine finish in the 83rd minute to ensure Tusker grab maximum points.

In another Kenyan top-tier match staged at Mbaraki Stadium in Mombasa, Bandari claimed a 5-0 win over Vihiga United to go third.

The Dockers, who were riding high on confidence, were rewarded for their good start in the 28th minute when goalkeeper’s howler ended with the ball on the feet of Benjamin Mosha, and the forward converted.

Abdallah Hassan raced clear in the 35th minute and did not hesitate to beat goalkeeper Mustapha Oduor to double the advantage.

A fierce strike by Danson Namasaka in the 56th minute was too much for the goalkeeper as the Mombasa-based side scored their third. The fourth came in the 76th minute courtesy of Darius Msagha.

Mosha completed his brace with two minutes to go and ensured his team emerge 5-0 victors.

Tue Feb 23 , 2021
The Slum Boys’ tactician urges his players to respond with a win when they face the Nairobi-based side on Wednesday Mathare United coach Salim Ali has called on his charges to bounce back immediately and claim a win against Wazito FC in an FKF Premier League match on Wednesday. The […] 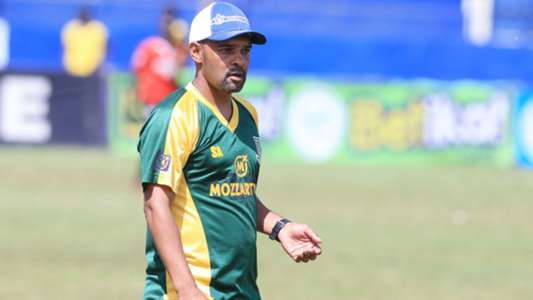