Tusker FC have leapfrogged KCB to top the FKF Premier League table after a laboured 1-0 win over Mathare United in a match played at Kasarani Stadium on Sunday.

The Ruaraka-based charges were thirsty for an early goal and bombarded forward with every opportunity they got. In the 15th minute, Boniface Muchiri was fouled in the 18-yard area and the 11-time champions were awarded a penalty.

Henry Meja stepped up as usual, but this time around, his effort came off the crossbar with the goalkeeper well beaten.

It would have been a costly miss for the hosts as the visitors got back to back massive chances to score. In the 18th minute, the Slum Boys had a good chance to score from inside the danger zone but Daniel Otieno was denied by Michael Wanyika.

In the 29th minute, they once again had a big chance when a defender handled the ball and the referee awarded a penalty. But Otieno skyrocketed the ball much to the relief of Tusker.

The 2008 champions ended the first half on a high as Wanyika, once again, had to be alert to deny Norman Ogolla.

In the 48th minute, Mathare custodian pulled a magical save to deny Meja who was certain to find the back of the net, and the rebound fell to the attacker but his effort was stopped by the woodwork.

The Brewers, eventually, managed to break the deadlock in the 75th minute courtesy of substitute Namanda who converted a pass from fellow substitute David Majak.

The Kericho-based side came into the match hopeful of bouncing back from losses to Tusker FC and Gor Mahia respectively.

The Sugar Millers needed nine minutes to open the scoring. Their visitors conceded a penalty and Gabriel Wandera held his nerve to convert from 12-yards. 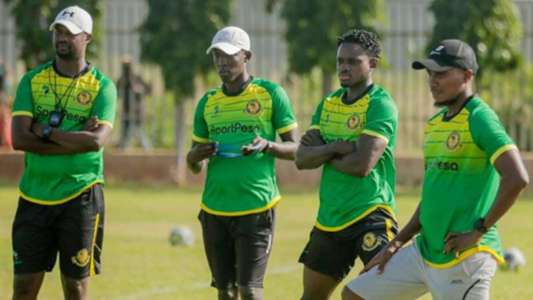