Tusker were dominant from the first whistle and were 4-0 up at the half-time break. Luke Namnada scored the opener before Nicholas Madoya added the second. The former Zoo FC midfielder scored on his first start of the season for the 2016 Shield Cup and Premier League winners.

Henry Meja’s persistent attacks on the Divison One side led to an own goal and then a third goal for the Premier League’s current leaders. A minute to the half-time break, Madoya earned his brace as Tusker exerted their dominance over the lower league side at Sudi Stadium in Bungoma.

Apollo Otieno scored the fifth goal just as the second half started before George Odhiambo added goal number six in the 52nd minute. Charles Ashitiva earned his debut goal when he struck the seventh for the 11-time for the Premier League winners. It was his maiden goal since he was promoted to the senior team by head coach Robert Matano.

It did not take long before the Brewers made it 8-0 when Namnada struck to earn his brace. The 2018 Midfielder of the Season, Madoya scored late on to hand Tusker a 9-0 win over Mihuu United as he bagged a hattrick.

Meanwhile, after they were unable to find a way past Elim FC in the first half, Ulinzi Stars were clinical in the second half as they fought to see off their rivals 5-0.

Michael Wamalwa scored the opener in the 59th minute before Clinton Omondi made it 2-0 in the 71st minute. Masita Masuta headed in the third goal when he rose to meet a corner delivered by Omondi in the 76th minute.

A lively Omondi got the fourth goal for the Soldiers in the 85th minute when he slotted home after the Elim goalkeeper failed to clear a shot from Harun Mwale. Daniel Njuguna scored in the 85th minute to hand the 2010 Premier League winners a big win in Kitale.

In Naivasha, Kariobangi Sharks were awarded a walkover after they travelled to Nakuru County only for their opponents Flamingo FC to fail to turn up.

Sat Feb 13 , 2021
31′ Silva now looks to make immediate amends with a delicate shot tucked in from just inside the Spurs box. It takes a defensive deflection and arcs calmly into Lloris’ hands. Foden tries his luck a handful of seconds later and Dier deflects away. Bernardo Silva Yellow Card 29′ Silva […] 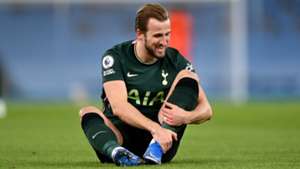