The Blues failed to trouble the scorers in their new manager’s bow, but he saw plenty to raise his hopes

New Chelsea boss Thomas Tuchel was content with what he saw from his charges despite being held to a 0-0 draw by Wolves on his debut on the bench.

Tuchel was announced as Frank Lampard’s replacement on Tuesday after the club favourite was dismissed due to a run of poor results.

The Blues certainly enjoyed the lion’s share of possession against Wolves, controlling 78 per cent of the ball, but failed to find a way past the visitors’ defence.

Wednesday’s stalemate moved Chelsea above Arsenal into eighth place in the Premier League standings, and the ex-Paris Saint-Germain coach believes that with a little more luck they could have taken all three points.

“I enjoyed it a lot because I was very happy with the intensity, the attitude, energy and quality of my team, we were well organised, had a lot of ball recoveries in the last third, never lacked intensity,” Tuchel explained to BBC Match of the Day after the final whistle.

‘We stepped up minute after minute in the second half. I was very happy performance-wise, unfortunately we couldn’t score, if we take care of our performance like this the results will come.

“It reminded me a bit of our games in Dortmund, we had a very good training session yesterday, 21 guys who were totally awake, to try to do what we are doing – tactically, structure, where to accelerate the game, how to defend – I didn’t expect it to be on this level from one training and two meetings. It gives me a good feeling for the future.

Tuchel caused an immediate stir with one of his first tactical innovations, picking Callum Hudson-Odoi in the unfamiliar position of right wing-back.

The youngster impressed in his new role, though, earning the praise of the German after the match.

“Dribbling, runs, one-on-ones, intensity – defensively he had to help in a back five, we didn’t want to suffer too much [when Wolves had the] ball in possession. Callum was the key on the side with his speed and confidence,” Tuchel added.

Chelsea return to action in the Premier League on Sunday, when they host Burnley at Stamford Bridge. 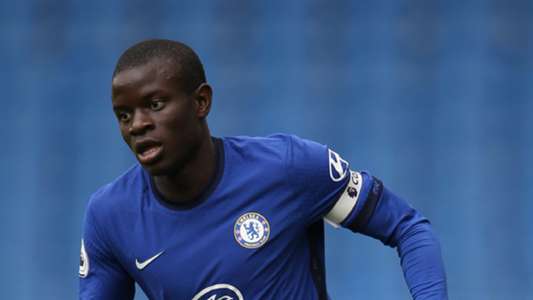