Thomas Tuchel said he’s been impressed with Chelsea striker Tammy Abraham, who became the first forward to score since the German took over as manager in Thursday’s 1-0 win against Barnsley in the FA Cup.

The 23-year-old is now pushing to start his first league game under the new boss after Frank Lampard, who provided him with his breakthrough in west London, was sacked last month.

Tuchel has so far given starts to Timo Werner and Olivier Giroud up front, but Abraham could get the nod against Newcastle on Monday after his man-of-the-match performance at Oakwell.

The striker has almost two and a half years left on his contract at Stamford Bridge but is arguably deserving of a a new deal, having not signed improved terms since breaking through at Chelsea.

His 30 goals since the start of last season mean that he has scored at least 11 more goals than any other Blues player in that time.

Chelsea activated a clause to extend Abraham’s contract by another year but have yet to agree on an improved deal financially.

What Tuchel said about Abraham

“I’m not aware of the contract situations of my players because I don’t want to be involved with judging this when I’m making the decisions of who’s playing and who’s not,” Tuchel said ahead of Newcastle’s visit to Stamford Bridge.

“He deserved to play at Barnsley. He had a difficult game against Burnley at home so he suffered from a tactical shift at half-time and did not play against Tottenham and Sheffield United. That’s why he deserved to play because he is a very positive guy, very clear, very ambitious.

“I like that he made his way on the loans and overcame obstacles in his career when he went on loan. He always scored for his teams. He was always there. He has the spirit to make it at Chelsea. This is one of the toughest challenges you can face but he is ready for that.

“He played well at Barnsley because he did not only score the decisive goal but was also very important in defensive set pieces, he cleared many situations for us with his head.

“He was absolutely ready to suffer and for that, he has all my credit. It’s a good new start for him to step up and show that he is important for us.”

What does Tuchel want from his strikers?

The Blues boss has worked brilliantly with the likes of Pierre Emerick Aubameyang, Neymar and Kylian Mbappe in his last two jobs at Dortmund and PSG and was asked what his perfect striker looks like.

“Does it help if we look now to any other squad and have the feeling that the grass is greener on the other side? No, because we have guys here who can score.

“The good thing about arriving in the middle of the season is you don’t lose your head by thinking about other players; you focus your energy on developing the potential that we have. And we have potential.

“[Against Barnsley] it was very hard to score because we had only nine touches in the box. This is way too less for what we demand of ourselves and we have to work on that.

“And we have to push the numbers up to the numbers that they were against Tottenham and Sheffield and from there we need to get known to the players a little bit better and it comes every day.

“We will find maybe some formations where it is easier for us to score or for the strikers to bring them in good positions.”

Time for PSG to put La Remontada behind them, says Rafinha ahead of Barcelona clash

Sun Feb 14 , 2021
The former Barca youngster says that his team-mates are motivated to put the 6-1 defeat of 2017 behind them Paris Saint-Germain star Rafinha says that it is time the club put their Barcelona nightmare to bed. The clubs go head to head in the Champions League last 16 at Camp […] 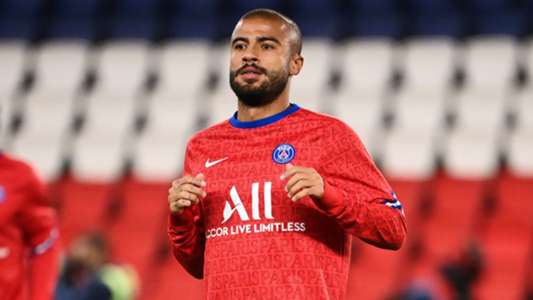