Christian Pulisic is excited to be working with Thomas Tuchel again, five years after the new Chelsea boss handed him his senior debut at Borussia Dortmund.

The United States international burst onto the scene in January 2016 as an unknown quantity at that stage, but Tuchel saw enough potential to throw the youngster in at a Bundesliga deep end.

Pulisic wasted little time thrashing around under the brightest of spotlights and earned a high-profile switch to Stamford Bridge in the summer of 2019.

His path has now crossed with Tuchel again, with the former Dortmund and Paris Saint-Germain boss appointed as successor to Frank Lampard, and the 22-year-old is expecting big things.

“I remember making my debut under him and it was a really exciting time,” Pulisic told Chelsea’s official website.

“I was playing in the youth team at Dortmund and then I got the call to say I was going to go up and train with the first team, and be a full first-team member. It was really exciting.

“I had to fight my way into that team because it was a very strong team, and being a young player I had to work extra hard.

“The manager trusted in me and most importantly gave me chances to play, so I am grateful for that. He definitely helped me as a young player and I only have good memories of that time. We had some success at Dortmund together, and it’s been good to see him again and work with him once more.”

Tuchel has spent just two games at the Chelsea helm, collecting four points and two clean sheets from meetings with Wolves and Burnley, but Pulisic has already seen signs of early promise.

He added on working with a familiar face again: “It’s been good so far. We’ve got a new outlook on things, we have had a really good win so it’s been a positive start.

“It’s been some crazy times recently and just to get a win left all the guys in the changing room really excited. We have had a lot of fun in training and there are smiles on faces which is good to see.”

Next up for Pulisic and Tuchel is a trip to London rivals Tottenham on Thursday, with the Blues looking forward to locking horns with old adversaries that have been scratching around for form of late.

“It’s a good time to play them coming off a good result for us,” Pulisic said. “We’re feeling confident. We’re really excited. It’s a good chance to make a statement and most importantly really build some momentum.

“We know what a good result against a good team could do for us.”

Sixth-placed Chelsea sit level on points with Tottenham at present, with Jose Mourinho’s side boasting a game in hand, and are six points adrift of the Premier League’s top four.

Tue Feb 2 , 2021
The 21-year-old lasted 45 minutes in his third appearance in a confrontation against Amakhosi’s arch-rivals Former Kaizer Chiefs midfielder Calvin Sosibo is of the opinion Gavin Hunt made a blunder by starting an “inexperienced” Nkosingiphile Ngcobo in last Saturday’s Soweto derby against Orlando Pirates. In recent games, Ngcobo has had […] 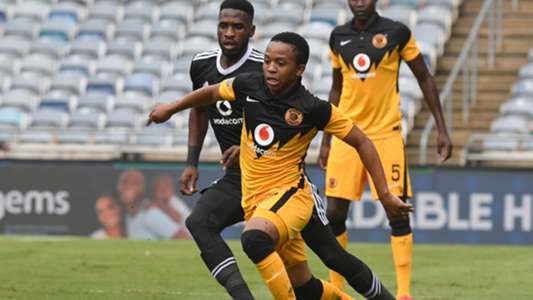