Former Paris Saint-Germain assistant coach Zsolt Low thinks Thomas Tuchel “overachieved” with the club and says he was “surprised” when news of his sacking broke.

Low was Tuchel’s right-hand man with the Parisians as they swept to the domestic treble in 2019-20 and then reached the Champions League final in August.

However, a mediocre start to the current campaign saw both men fired just before Christmas, with Mauricio Pochettino coming in to replace them as of Saturday.

“We were surprised because on the December 23, after winning a match 4-0 against Strasbourg, Leonardo brought us together to say that the club was no longer counting on Thomas for the future,” Low told Nemzeti Sport.

“After having to face considerable difficulties in 2020, after achieving historic success with PSG, after going through the group stage of the Champions’ League in autumn, and we were in full swing in the league, it made the decision very difficult to understand.

“The fact that we were impacted by numerous injuries throughout the season, and had to come up against Covid-19, I think that it was a great professional success to finish the year the way we did. We overperformed, that is the truth.”

As well as results, however, there was tension between the management team and the sporting director. Low has again pointed his finger at Leonardo as being a source of trouble.

“The summer window did not go as we wanted, the main players who left after the Final 8 were not correctly replaced. That created tensions between certain board members and the staff, as well as with the sporting director who was espousing management principles that were different to that of the coach,” Low claimed.

“They had different ideas in a number of domains, and the difference in viewpoint accrued over time. This led to Leonardo deciding to create a future with a different staff. To be honest this situation could not have lasted. It was better to stop now, nearly at the summit, to say goodbye with a great majority of wonderful memories.”

PSG are currently third in Ligue 1, a single point behind leaders Lyon and second-placed Lille.

Sun Jan 3 , 2021
The Dockers looked a superior side all through the game but unfortunately lost three stars to injuries in both halves Bandari emerged 2-0 victors against Western Stima in a Football Kenya Federation Premier League encounter at Mbaraki Stadium on Sunday. Yema Mwana and Benjamin Mosha were the scorers on the […] 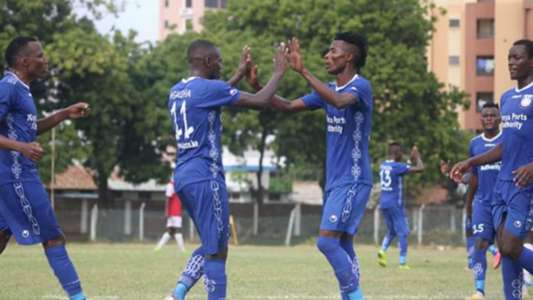