Thomas Tuchel is loving life in the Premier League so far amid his dream start managing Chelsea.

After inheriting the squad from Frank Lampard in late-January, he’s yet to lose a match, claiming nine of 11 possible points in the process. On Sunday, his group beat Sheffield United 2-1.

Chelsea concocted an almost instant response to an own goal from Antonio Rudiger in the latest victory, regaining their advantage four minutes later from the spot.

Chelsea have zoomed up to fifth place in the Premier League and are on the verge of cracking the top four. Liverpool sit just one point ahead of the Blues after they lost to Manchester City on Sunday. That sets up a proper fight for a Champions League spot, which before Tuchel’s arrival appeared a difficult task.

Plus, Tuchel has some of his most important players rounding into form. While Timo Werner hasn’t scored, he has drawn two penalties in the past two games and assisted fellow attacking cog Mason Mount.

“The type of football is physical and tougher and there is a lot of quality and during matches it never stops,” Tuchel told Sky Sports. “You feel absolute spirit to give everything in every match it brings out the best in every player and it’s a pleasure to coach every game because this is what we love and what I love and so far things are going well and we are happy.”

He added in a separate interview with BBC Sport: “We have a team that is ready and wants to win. It creates a winning mentality. You can feel this when you step through the door at the training ground.”

Chelsea’s next two Premier League matches, at least on paper, should give them optimism. They will see Newcastle and Southampton next before finishing the month with a more difficult clash against Manchester United.

The Blues also have an upcoming FA Cup matchup with Barnsley and Champions League tie with Atletico Madrid.

Gundogan plays down Man City title talk: 'Maybe the most competitive year that we have had!'

Sun Feb 7 , 2021
Pep Guardiola’s side moved five points clear at the top following their 4-1 victory at champions Liverpool Ilkay Gundogan believes this could be the most competitive season he has had with Manchester City and says the Premier League title is a long way from being secured. The German international scored […] 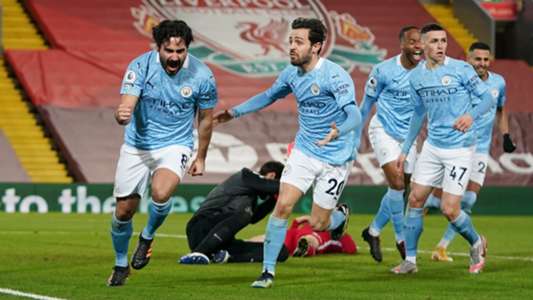