Thomas Tuchel detailed how he gave Chelsea players time to switch off by staying an extra night at the team hotel in Seville ahead of their FA Cup semi-final against Manchester City.

It allowed players a safe space to relax in an environment that hasn’t been possible due to Covid-19 restrictions.

“We are aware that it is necessary to recover mentally,” Blues manager Tuchel told reporters. “For example, we decided to stay overnight in Sevilla because we knew the hotel. It was very nice, in a nice setting.

“We had the chance to sit outside because the weather was very warm. It was a calming circumstance to enjoy each other’s company. We had a good sleep and we had a chance to stay together after the match because we created a bubble there.

“It was a good chance because the players have not been able to go out, go to restaurants. For almost a year now, we cannot share a dressing room. So we created this just to feel some time together, have talks outside of tactics and lineups to just bond, let the players bond, enjoy an evening after a game.

“They could have a glass of wine or sip of beer if they want. It was important to have this environment and organise it like this. It was part of the mental recovery. We are aware that we have many meetings after games and training sessions.

“We want to have sessions where there isn’t too much explanation or talking, just to find exercises on the pitch that bring a lot of fun and joy and sweat out the tension. Things like this are very important to help the seriousness of how we prepare and play in games.

“They must enjoy it and have a good atmosphere at Cobham.”

How are Chelsea shaping up to face Man City?

Chelsea have both Mateo Kovacic and Andreas Christensen out of the clash at Wembley Stadium on Saturday evening.

Meanwhile, Man City have only Sergio Aguero out, but head coach Pep Guardiola described his squad as ‘tired’ after having a day less than Chelsea to recover from his side’s Champions League win over Dortmund.

What is Tuchel’s relationship with Guardiola?

The pair are known to have a positive relationship from their time in Germany, where Guardiola managed Bayern Munich and Tuchel was in charge at both Mainz and Dortmund.

They famously met over dinner in Munich, and, ahead of their first meeting in English football, Tuchel explained what was discussed during that meeting in 2015.

“But, I will not speak about it now too much in public. We spoke about positions on the field and what he did with Barcelona. He explained with some drawings and we used what was on the table to explain the positions.

“We talked about the tactical situations on the field and in particular about the positions from Barcelona teams and how he changed them. When he brought [Cesc] Fabregas, [Lionel] Messi as a false nine, a double six or a single six and how to create spaces with a back three and back four.”

Fri Apr 16 , 2021
The Millonario enjoyed a welcome return to form last weekend against leaders Colon and sit second in Group 1 going into Friday’s clash Argentine football begins its program for 2021 with the playing of the Copa Liga Profesional. All games are live streamed on Fanatiz and you can sign up to […] 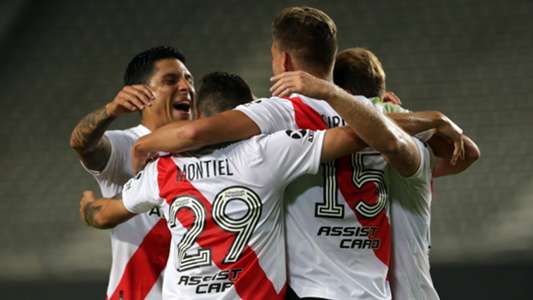