The German coach has reached the final just six months after being sacked by the Ligue 1 giants, while they have gone crashing out

Chelsea coach Thomas Tuchel does not want to gloat after reaching the Champions League final, while former side Paris Saint-Germain have crashed out of the competition.

Tuchel has reached the final for the second time in a row, having guided PSG to the same stage last season before they lost out to Bayern Munich, but the German coach was sacked by the French giants in December and went on to take charge of the Blues.

While Tuchel’s new team progressed to the Champions League decider with a semi-final win against Real Madrid, PSG were knocked out by Manchester City at the same stage.

The 47-year-old does not feel like he has had revenge over PSG however, and says he is just happy to have gone so far.

“No, I don’t have these feelings in me. It’s of course very satisfying on a personal level to be there again, but not because of what happened in December,” he told reporters when asked if he takes extra satisfaction from PSG’s demise.

“I’m just absolutely grateful to arrive again in a Champions League final because it’s absolutely huge. I’m grateful to have the chance to work in football in general and at this kind of level, and super grateful for the people around me who push me, give me confidence and trust, and to have the challenge now here in Chelsea feels so good from the first moment.

“To arrive with this club and team in Istanbul is a huge reward for me personally, but not in terms like I said of any revenge or extra satisfying that PSG are not there.

“I am there, I don’t think in these terms, it’s always a team effort we try hard like any team to have the biggest success. It feels absolutely right where we are right now, and that’s what I am enjoying.

“So keep on going, I try to bring out the best in myself every day. We have two big finals now, and three big matches in the league.”

When will the Champions League final be played?

Chelsea and City will contest the final in Istanbul on May 29, but the two sides will first go head-to-head on Saturday as they meet in Manchester in the Premier League.

Chelsea will then host Arsenal at Stamford Bridge four days later before turning their attention to the FA Cup final clash with Leicester on May 15.

They will face the Foxes again in the Premier League and then conclude the top-flight campaign with an away game against Aston Villa, before the Champions League final.

Fri May 7 , 2021
The former Porcupine Warriors striker shares his thoughts on the booing incident involving the Black Stars record scorer Former Asante Kotoko striker Eric Bekoe believes Asamoah Gyan’s hostility received from fans of the club will ward off other successful Ghana players abroad from making a return to the domestic league. Currently on […] 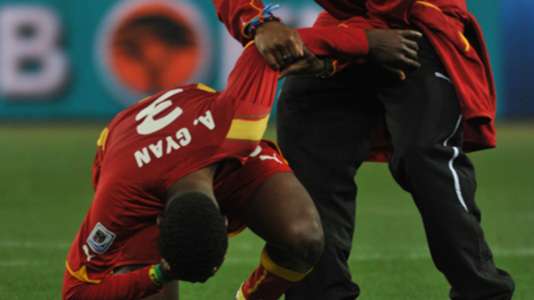