The former defender believes a German tactician will face the same issue as his predecessor, Frank Lampard, with there so much talent to pick from

Thomas Tuchel is filling the “hottest seat in world football” at Chelsea, says Glen Johnson, with the German set to find that his “biggest challenge” at Stamford Bridge is piecing together a settled starting XI.

Inability to find a winning formula and bring out the best in big-money signings brought Frank Lampard’s reign in west London to a close.

A Blues legend has been ushered through the exits after 18 months at the helm, with a weighty managerial baton passed in the direction of former Borussia Dortmund and Paris Saint-Germain boss Tuchel.

His first game in charge delivered club records, as Chelsea dominated possession against Wolves, but only a point was taken from a 0-0 draw on home soil.

Tuchel implemented plenty of changes on his bow, both in personnel and tactical approach, but Johnson says the depth of talent at his disposal will present a number of posers.

Lampard was unable to find the answers to those questions, with a revolving door policy at Chelsea back in operation as they turn to a ninth permanent coach since 2010.

“There’s a lot of new faces that have come in recently and it’s going to take time for him to get to know the players. He’ll have an idea of the players he likes.

“This was Lampard’s issue, there were so many good players that came through the door at once but only 11 can play and there are quite a few players that are similar too.

“When a new manager comes in, everyone reacts differently by whether they are playing, their age and what stage they’re at in their career.

“That Chelsea seat is the hottest seat in world football so the manager isn’t going to risk it because he could be out of a job in six months.

“I don’t think people can blame Lampard for holding players back or not giving them the chance to go and express themselves – the players should be doing that themselves. I don’t think the players were misfiring because of Lampard.”

Chelsea had slipped into mid-table prior to Lampard’s departure, with Tuchel’s side currently sat eighth in the Premier League – five points adrift of the top four and 11 behind leaders Manchester City.

Thu Jan 28 , 2021
The former Selecao star believes a fellow countryman who has faced plenty of criticism throughout his career has risen to the top of the global game Neymar has risen above Lionel Messi and Cristiano Ronaldo to become “the best player in the world”, says former Brazil international Caio Ribeiro. The […] 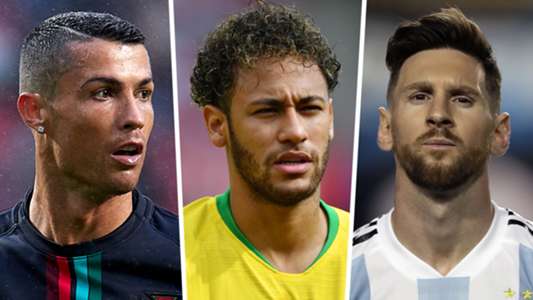