The German has taken in three games at the helm, with his side yet to concede, and is working hard to get his message across

Thomas Tuchel is excited to be conducting the Chelsea “orchestra”, with the new Blues boss looking to win at any cost during his time in England.

Expectations are high at Stamford Bridge and a new man in the dugout is going to need plenty of success in order to keep his head from a well-used chopping block.

The former Borussia Dortmund and Paris Saint-Germain boss is aware of that fact, but he intends to hit the lofty targets being put in front of him.

A positive start to life in west London has been made, with seven points and three clean sheets taken from as many fixtures, with Tuchel’s conducting skills already getting the tune he wants.

“I had moments in the past where I went into the dressing room after a draw or even a defeat and I was praising the performance but I have to prove it,” Tuchel told the Blues’ official website.

“In the end, it’s like an orchestra so we have to follow a certain rhythm, discipline, speed and style. This has to be clear to everybody.

“There will be matches where we win and we will be absolutely unhappy so we will show the team why we are unhappy and why we are just lucky to win the game. But if you ask me if I prefer to win lucky or to lose undeserved then I go for a lucky win of course because with a win it’s always easier to improve.”

Tuchel accepts that things will not always go to plan in the most demanding of hot seats, but he is looking to make the most of the opportunity to test himself under a Premier League spotlight.

The 47-year-old added: “Results don’t follow all the time in football.

“That’s hard to accept for a coach who wants to control and plan everything but in football, and especially in the Premier League, you have to accept you cannot control the result.

“What we can do is take care about our performance and for that we need a good relationship between the players and me. We need to trust each other so we can talk always about the performance and then the results will hopefully follow.”

Sat Feb 6 , 2021
90′ + 5′ GOALLLLLLL!! 3-3! Digne swings in a free-kick from the left-hand side towards the area. The cross flicks off the head of Keane and into the path of Calvert-Lewin, who takes one touch with his knee before poking past De Gea with his right foot inside the six-yard area. […] 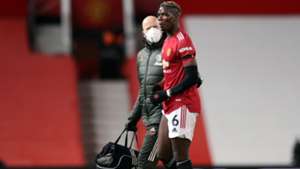