Chelsea have confirmed the appointment of Thomas Tuchel as the club’s new manager.

The Blues moved swiftly to bring in the German following the decision to sack Frank Lampard on Monday.

The 47-year-old will be charged with the task of reviving the fortunes of a side sat in ninth in the Premier League table, with Champions League qualification the likely target for the remainder of the season.

Editors’ Picks
What length of contract has Tuchel signed?

Tuchel, who was sacked as coach of Paris Saint-Germain in December, has signed an 18-month contract, with the option of a further year in west London.

His predecessor, Lampard, had been handed a three-year contract when the Blues legend was appointed Chelsea boss in the summer of 2019 following a season in charge of Championship side Derby County.

When will Tuchel take charge of his first game?

Tuchel will be in charge against Wolves at home in the Premier League on Wednesday.

There was a chance the German could have had to be absent from the dugout for the game with Nuno Espirito Santo’s side due to coronavirus restrictions, however Chelsea’s statement said Tuchel would be with the team.

What can Chelsea expect to see under Tuchel?

Tuchel’s biggest asset is his tactical flexibility. He is more focused on exposing weaknesses than adhering to one particular idea, making positional tweaks and wholesale formation changes – sometimes as many as half a dozen in a single game – to outwit the other team.

Perhaps the most likely system will be a 4-3-3 in which Jorginho – who Tuchel wanted to sign for PSG – plays at the base of midfield, with Mason Mount in the hybrid role and Mateo Kovacic or N’Golo Kante box-to-box.

Given the importance of pressing from the front, of dropping into the half-spaces, and of playing on the half-turn to advance with quick, vertical football, it seems likely a narrow front three will see Kai Havertz supported by Timo Werner and Christian Pulisic.

Then again, the 4-2-2-2 used regularly at PSG could be applied at Chelsea, with Pulisic and Hakim Ziyech out wide and Werner and Havertz, who played as false nine at Leverkusen, together up front.

Werner and Havertz are tailor-made for Tuchel’s Jurgen Klopp-inspired football, while the new Chelsea manager has also worked very effectively in the past with Pulisic at Dortmund and Thiago Silva at PSG.

Tue Jan 26 , 2021
With Covid-19 still remaining an threat, could the tournament be delayed by another year – or cancelled altogether? After being postponed for a year (but with the tournament name unchanged), Euro 2020 is tenatively poised to take place this summer despite the Covid-19 pandemic still raging across Europe. UEFA’s continental […] 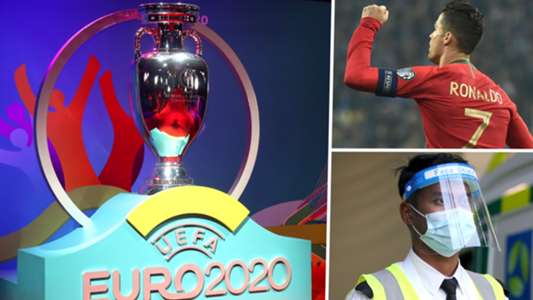