It was their first win of 2021 after dropping five points in their last two matches which were a 1-0 defeat by log leaders Mamelodi Sundowns and a 1-1 draw against Swallows FC.

Now placed fourth on the PSL table with seven points behind Downs, Pirates dismissed a TTM side which has now gone for six straight games without tasting victory to slide one place down to 12th spot.

From the first whistle, the Buccaneers appeared the more determined side with Makaringe arriving late to connect a cross from Wayde Jooste just two minutes into the game.

Jooste was back again two minutes later but this time he was at the receiving end of Vincent Pule’s cross which he could not head in.

Pirates continued to probe inside the opening 10 minutes but with Mhango getting his first start since October 2020, he was showing some rustiness when he received a pass inside the box but took long to shoot before he was closed down.

For the sixth time this season, Pirates then opened the scoring after Pule dispossessed Meshack Maphangule to set up Hotto whose initial shot was blocked by Tebogo Thangwane, before getting it right on the rebound in the 16th minute.

Tshakhuma never showed an urgency to claw their way back into the match as the Buccaneers continued pressing with Makaringe rising high on 28 minutes but could not direct his header on target off a Lorch free-kick delivery.

TTM then had a chance to draw level at the half-hour mark when Thabo Rakhale was released by Celimpilo Ngema and lobbed Sandilands only to be denied by the crossbar in what was the hosts’ best chance of the game.

As Mhango appeared lazy and not much of a threat to the opponents, he rose out of the blue, got at the end of a Thembinkosi Lorch feed to slip the ball past Tshakhuma goalkeeper Washington Arubi and double Pirates’ advantage six minutes before half time.

A chance for Tshakhuma to pull one back just before the breather was thwarted by the visitors’ goalkeeper Wayne Sandilands who dived to calmly collect Maphangule’s shot from outside the box.

For the first time this season, Pirates went to the half-time break with a two-goal cushion this season and Makaringe then completed the business for Josef Zinnbauer’s men by placing the ball beyond Arubi’s reach off a Lorch pass on 64 minutes.

TTM tried to reduce arrears three minutes later but Ngema was denied by Sandilands from an acute angle after some nice interchange with Thembisani Nevhulamba.

With 20 minutes remaining, Lorch hit the side netting after being set up by Jooste in what was his last contribution before he was substituted for Linda Mntambo.

A threatening shot from Tshakhuma’s Edgar Manaka was tipped over the bar by Sandilands moments later. Then Pule had struck his own shot off target.

Pirates managed to hold onto a clean sheet and an important victory.

Wed Jan 13 , 2021
Brighton have never won an away league game against Man City in 10 previous attempts (D2 L8), losing their last six visits in a row between 1983 and 2019. Brighton have made seven changes to their side that beat Newport in the FA Cup last time out. Sanchez replaces Steele […] 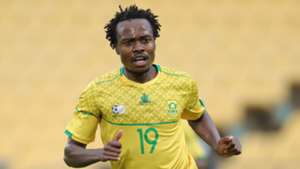