The Nigeria youth international will not be extending his stay with the Liga Leumit outfit, his parent club confirmed

Nigeria U20 star Peter Olawale will leave Hapoel Ra’anana at the end of the season, Tripple 44 Academy has revealed.

Following his impressive performance at the 2019 Fifa World Cup Brazil, the 18-year-old was signed in a loan deal with an option to buy.

Olawale spent most of his time with the club’s U19 team, however, his impressive goal-scoring run saw him drafted into the senior team to help their promotion cause.

However, he was offered the chance to extend his stay at the Karnei Oren Memorial Field, but his parent club has instead opted to seek a new challenge away from Israel.

“I can tell you authoritatively that Olawale will be leaving Hapoel Ra’anana at the end of the season,” his manager and Tripple 44 Academy boss Samuel Olatunji-Okuku told Goal.

“He joined the Israeli team on a one-year loan from Tripple 44 Academy with an option to buy. Along the line, we mutually agreed to cancel that option to buy.

“If Ra’anana knew he would make an instant impact in their senior team, they would have not approved of that.

“Personally, I would have wished he stays there for one more season. However, Peter [Olawale] has made it clear that he wants a bigger challenge.

“So, this is why I am telling you that he will be joining another team next term.”

When asked about the likely destination of the teenage attacking sensation, Olatunji-Okuku gave a roll call on clubs that are keen on signing him.

“A lot of clubs want to sign him. Three big clubs in the Israeli Premier League are ready to do anything to have him. However, Olawale is craving for another league, so, that may not see the light of the day,” he continued.

“Also, I have already received offers from clubs in Ligue 1 and just last week, one of the biggest teams in Dutch Eredivisie joined the list.

“Obviously, the boy is talented for all to see and as things are, we are keeping negotiations open and the best decision will be made at the right time.

“Hapoel Ranana are a good side and sending my boy there is one of the best decisions Tripple 44 have ever taken as an academy.

“Since he joined the team, he has improved greatly, and he is well-loved by everyone.”

Mon Apr 12 , 2021
The Bundesliga club’s new boss has opened up on how he came to work with his fellow German at Borussia Dortmund New Bayer Leverkusen coach Hannes Wolf has spoken of the positive relationship he has with Jurgen Klopp and the “special time” he had at Borussia Dortmund. Wolf is treading […] 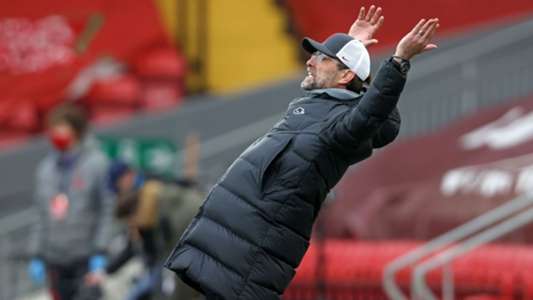