Jurgen Klopp has revealed that he doesn’t speak in the Liverpool dressing room, with it his belief that “trash talk before the game has to be right”.

Klopp has enjoyed an illustrious career in management spanning 20 years, with successful spells taken in at Mainz, Borussia Dortmund and Germany.

The German boss guided Mainz to the Bundesliga for the time in history, then won the competition twice with BVB before taking up a new challenge at Anfield in 2015.

The 53-year-old has reached even greater heights on Merseyside, delivering the sixth European Cup in Liverpool’s history while also bringing their 30-year wait for a league title to an end.

Having built up such an impressive CV along with a sterling reputation as a great man-motivator, it has long been assumed that he has always been the one to get his players fired up before matches.

However, Klopp has now admitted that he leaves motivational speeches to the senior members of squad at Anfield, having been blessed with a group full of leaders.

“In the dressing room, the players speak. My speech regarding line-up, tactics, approach and, under certain circumstances, motivation, I give – as with BVB – in the team hotel,” the Reds head coach told Goal and DAZN.

“In Dortmund, I later became really active in the dressing room myself, that’s different in England. My English has improved significantly over the years, but this trash talk before the game has to be right.

“You can’t stumble your way around, that’s why I’m not doing that there. But I was lucky with the team because there are enough players there who can do it.

“James Milner, for example, always sums up my session very skilfully, often screaming with all the words necessary to light the boys’ bums on fire.

“I don’t have a particularly memorable address in mind, but there are many who have made a major contribution to the success. The team is exceptional, it just has to be said.

“The guys dealt sensationally with setbacks. If you can do that, you have a great chance to learn from it and in the end, get something in return.

“Fortunately, that has already happened several times with us, which makes me incredibly happy.”

Klopp also opened up on Liverpool’s celebrations after clinching the 2019-20 title, with all the players having gathered at a hotel to watch City suffer a 2-1 defeat at Chelsea which saw them lose their grip on the Premier League trophy.

“The weather was good enough for once, it was nice and warm. We heard how Christian Pulisic of all people scored against Man City. We all had tears in our eyes.

“It was a whole, very big moment because we weren’t 30 years old, but all the other Liverpool fans were. There were many moments.

“I talked to my family on the phone, I cried snot and water. In advance, I didn’t think it would be that emotional, but there is probably more pressure than I wanted to admit.”

Tue Feb 2 , 2021
Sven Mislintat, who worked with the defender at Stuttgart, has compared the promising 20-year-old to a centre-half from the Reds’ recent past Liverpool have landed a “Dejan Lovren-type player” in Ozan Kabak, says Sven Mislintat, while the 20-year-old defender has also been billed as a “superb deal” for the reigning […] 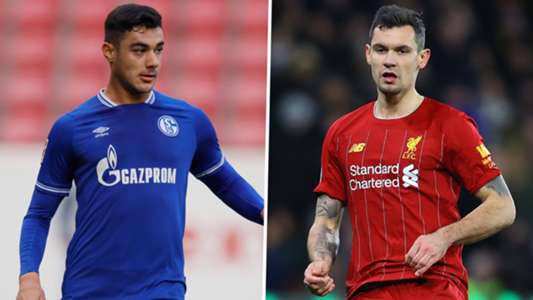