The Tanzania Premier League Board has released fixtures of four out of six games that were not played in the first round of the Tanzania Mainland League.

The fixtures involve reigning champions Simba SC whose matches were postponed owing to their participation in the Caf Champions League as well as Namungo who are representing the country in the Caf Confederation Cup.

On February 4, Dodoma Jiji FC will be hosting Wekundu wa Msimbazi at Jamhuri Stadium in Dodoma. On the same day, KMC FC will host Namungo at Uhuru Stadium in Dar es Salaam.

The 2019/20 FA Cup finalists will then host Ruvu Shooting FC at the Majaliwa Stadium in Lindi on February 7, the same day the league champions will be playing Azam FC at the Benjamin Mkapa Stadium in Dar.

“The remaining matches involving Namungo at home against Gwambina and that of Simba away to Namungo will be scheduled later dates,” TPLB said in a statement obtained by Goal.

On January 21, the Board set February 13 as the resumption date of top-flight football.

The Tanzanian top-tier was suspended earlier in the year, but the league managers have now come up with new dates for it to continue.

“TPLB has informed all teams taking part in the 2020/21 Tanzania Mainland League that the top-tier will resume on February 13,” read the initial statement by the league managers.

“The league was suspended to allow teams to take part in the Mapinduzi Cup that took place in Zanzibar as well as Chan that is going on in Cameroon.”

“However, teams having matches in hand will be involved as soon as February 4, before matchday 19 kicks-off. The fixtures will be released soon,” TPLB had further clarified.

“We wish all the teams the best preparations and all the best in the remaining league matches.”

Yanga SC top the standings with 44 points after playing 18 games. The 27-time champions have managed to win 13 games and drawn five and are currently the only unbeaten side this season.

Wekundu wa Msimbazi are in second position on the table with nine points less. They have managed to collect 35 points from the 15 games they have played. The defending champions have won 11 games, drawn two and lost as many.

2014 champions Azam are third with 32 points from the 17 games they have played. The Ice-cream Makers have won nine games, received five draws and three losses.

Chan 2021: Musakanya ruled out of Zambia vs Morocco clash

Sat Jan 30 , 2021
Chipolopolo have revealed the absence of one key player as they are ready to face the North African giants in the last eight Zambia have confirmed midfielder Bruce Musakanya will not be available to face Morocco in their quarter-final clash of the African Nations Championship on Sunday. According to Chipolopolo […] 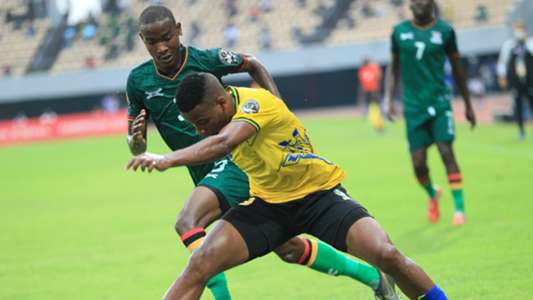