The Tanzania Premier League Board has imposed fines on top clubs in the Mainland Premier League, including table-toppers Yanga SC.

According to a statement from the TPLB and obtained by Goal, the Jangwani giants are the most affected by the sanctions, as they have been fined a total of Tsh1million owing to two different offences.

In the first offence, Yanga have been fined Tsh500,000 by the board after their fans were seen sprinkling water in front of the team bus carrying Tanzania Prison players ahead of their league match at Nelson Mandela Stadium in Rukwa, which ended in a 1-1 draw.

During the incident, the fans moved in front of the Prison bus and were seen sprinkling as a sign of scaring the team with black magic, and the board now says they have fined Yanga as per Rule 45(1) of the rules and regulations governing the sport in Tanzania.

Yanga’s second infraction has seen them handed another fine of Tsh500,000 after their fans allegedly attacked match officials at the end of their league match against Mbeya City at Sokoine Stadium in Mbeya.

During the incident, the fans who felt the match officials had denied their team a penalty, pelted stones and bottles onto the pitch aimed at the match referee in the match held on February 13.

Apart from Yanga, other teams that have faced the wrath of the TPLB include Polisi Tanzania, who have been fined Tsh500,000 after one of their officials, Rashidi Muninga, attacked Polisi Tanzania players during their league match on December 22, 2020, against Kagera Sugar at Kaitaba Stadium in Kagera.

Njoki has been accused of leading other officials to stop the Kagera team bus from leaving the stadium after the match as they blocked the main gate to their exit.

Wed Feb 17 , 2021
The starlet became the first-ever Crane to score in the junior continental tournament that is being held in Mauritania Uganda U20 striker Derrick Kakooza has revealed hopes of reaching the level of success Arsenal striker Pierre-Emerick Aubameyang has achieved. The Police FC striker, who is in Mauritania with the junior […] 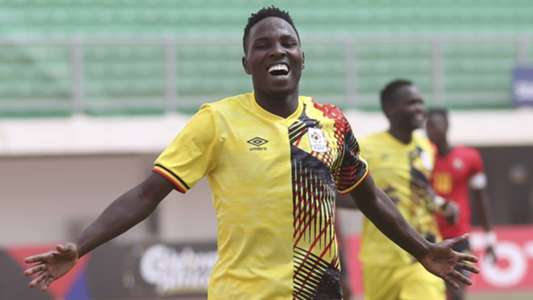