Tottenham are interested in signing Ivan Perisic at the end of this season and have reportedly opened talks with the winger’s agent.

Perisic is currently on loan at Bundesliga giants Bayern Munich from Inter Milan and is said to have impressed during his time in Bavaria.

The German outfit do have an option in place to sign the 31-year-old on a permanent deal, but reports claim they are not willing to meet Inter’s €20million asking price. Indeed, they are only said to be willing to offer half of that amount.

And the report from FcIN, as cited by sportslens, adds that Spurs have now spoken to the player’s agent regarding a transfer.

Jose Mourinho is a long-term admirer of the attacking midfielder and wanted to sign him during his time in charge at Manchester United.

Perisic would be considered a rotational attacking option for Mourinho – who already has the likes of Son Heung-Min, Lucas Moura and Steven Bergwijn who all play wide

The 88-cap Croatia international has scored six goals in 29 appearances for a Bayern side who look to be crusiing to yet another Bundesliga title.

Tottenham are not expected to be over-busy in the transfer market, particularly given recent events within the game, and are expected to be on the hunt for bargains. And it would appear that Perisic is very much the sort of cheaper option they are looking for.

However, the Premier League pair may also have to contend with Barcelona and Atletico Madrid, who are both believed to be ready to pounce on the Ecuador defender.

Estupinan arrived at Vicarage Road in July 2016, but has never made a senior appearance for the Hornets.

Instead he has been loaned out to Granada, Almeria and Mallorca, but he is currently in the middle of a two-year loan .with the Osasuna.

In April, United were linked with a €7million swoop for the player, with Ecuadorian outlet Expreso reporting that Atletico were also particularly keen. Read more…

Tue Jun 16 , 2020
Barcelona vs Leganes One eye on Sevilla clash Adelantado Barcelona host Leganes at the Camp Nou at 21:00 CEST on Tuesday, but Quique Setien’s thoughts are expected to partially be on Friday night’s encounter away at Sevilla. As such, the Barcelona boss may opt to rotate his line-up somewhat and give […] 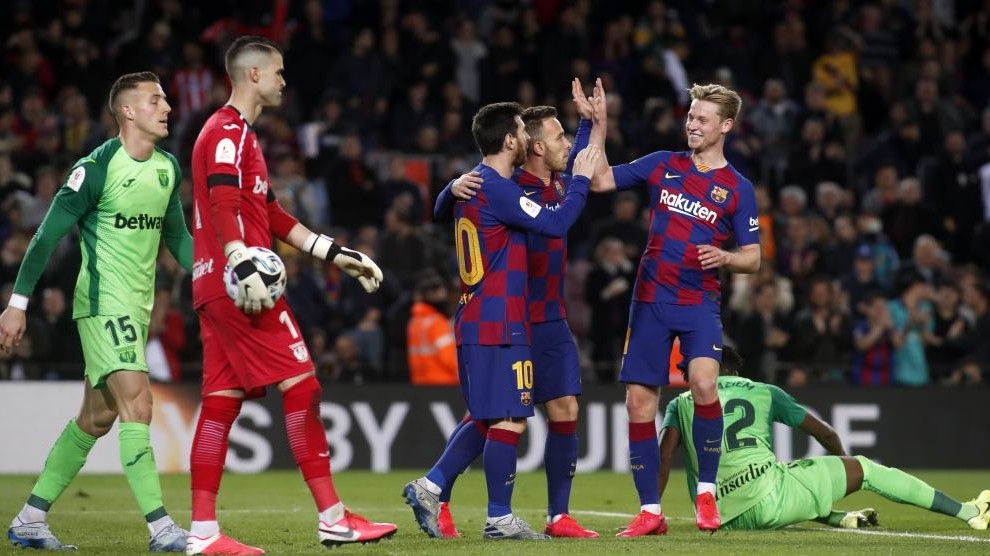