Corentin Tolisso has been fined and dropped by Bayern Munich for breaking Covid-19 rules to get a tattoo.

Tolisso was left out of Bayern’s squad for the 4-1 victory over Hoffenheim in the Bundesliga on Saturday following the incident.

Club officials were left incensed after the 26-year-old posted a video of him being tattooed on social media in clear breach of the health measures set out by the league to contain the spread of coronavirus.

Bayern CEO Karl-Heinz Rummenigge has released an official statement condemning Tolisso’s actions, which reads: “We are happy that despite the current situation Bundesliga matches can be played. A condition for that is that players, coaches and staff stick to the health rules set out.

“Corentin Tolisso has now broken these rules despite the fact that the club leadership has clearly communicated those rules with the team. This is frustrating and will not be tolerated.”

Head coach Hansi Flick added after the win against Hoffenheim: “This is an absolute no go for us. He is very sorry, it happened, it cannot be undone.”

Tolisso has since issued a public apology for flouting Covid-19 protocols, writing on Twitter: “I hereby want to apologise for my misconduct. I am sorry to have disobeyed the regulations of my club and the DFL. I know that I have disappointed our fans and FC Bayern Munich. I am sorry!”

I hereby want to apologize for my misconduct.
I am sorry to have disobeyed the regulations of my club and the DFL. I know that I have disappointed our Fans and FC Bayern Munich. I am sorry!

The French midfielder had featured in 18 games in all competitions for Bayern so far this season, scoring twice, but it remains to be seen whether he will be recalled to Flick’s first team on Friday.

The Bundesliga leaders, who stretched their lead at the top of the standings to seven points after their latest victory, will travel to Hertha Berlin at the end of the week as their title defence continues.

Bayern will then turn their attention to the FIFA Club World Cup, with the reigning European champions set to kick off their campaign in Qatar at the semi-final stage on February 8.

They face the winners of the match between African champions Al-Ahly and Qatari club Al-Duhail, while they could play newly crowned Copa Libertadores winners Palmeiras in the final.

KCB's Oduor expresses disappointment after draw away to Ulinzi Stars

Sun Jan 31 , 2021
KCB FC assistant coach Godfrey Oduor has expressed his disappointment after his charges were held to a goalless draw by Ulinzi Stars in a Football Kenya Federation Premier League game played on Saturday at Afraha Stadium. The Nairobi-based charges came into the match hoping to get maximum points from their […] 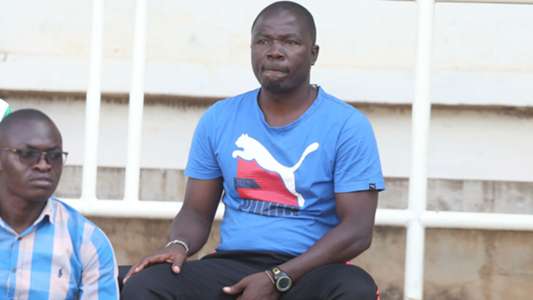