The 2020 Summer Olympics in Tokyo were postponed for a year following the emergence of the Covid-19 pandemic, so could the same happen again?

Both tournaments were delayed one year due to the spread of Covid-19, but is there a chance that the Olympics will be cancelled as countries still grapple with containing the virus – despite the introduction of the vaccines? Goal takes a look.

Will the 2021 Tokyo Olympics go ahead?

The International Olympic Committee remain committed to the tournament going ahead as planned without being delayed another year, though president Thomas Bach admitted that the event will largely be played behind closed doors to ensure fans’ safety.

There were worries that the competition would have to be put on hold once again due to the prevalence of Covid-19 and the slow distribution of vaccines, but Bach cited his optimism formed from seeing several international sports tournaments continue with safety measures in place.

“We have at the moment the handball world championships with 32 teams from all over the world in a bubble of 3,000 people in Egypt,” Bach said. “More than 7,000 events have been organised by the international federations and out of 175,000 Covid tests only 0.18% were positive.

“The competitions could be run and organised and none of them developed into a hotspot. This is why we are so, so confident.”

When asked about whether or not fans would be able to attend, however, Bach’s answer was not as sunny.

“This I cannot tell you,” he said. “Because our priority is to ensure a safe Olympic Games and we will do whatever is needed to do that. Everybody would love to have full-capacity stadia and the roaring crowds.

“But if that is not possible we will respect our principles, safety is our first priority.”

He then confirmed that plans were being put in place about safety measures being implemented throughout the tournament, such as competing athletes quarantining for five days before flying to Tokyo.

Bach also stated that the IOC would not require athletes to have received the Covid-19 vaccine – iterating that it was his hope that athletes are not prioritised in the vaccine distribution queue before individuals with high health risks.

We are not in favour of athletes or champions jumping the queue. In the first lines must be the high-risk group – the healthcare workers, and the people who keep our society alive,” Bach added.

“If we thought we were being irresponsible and the Games could not be safe we would not go for it.

Tue Feb 2 , 2021
The U.S. national team further extended its tentacles into Europe with the deadline move Swansea City have agreed to bring in Paul Arriola on loan for the remainder of the season in a transfer deadline pick up from D.C. United. The forward is fresh off a two-goal effort for the […] 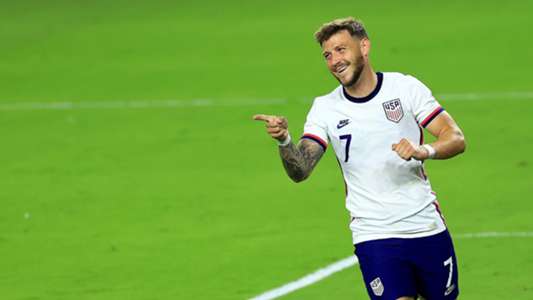