The Ligue 1 champions are considered to be favourites to sign the Barcelona star, and another of their players has said he would be welcome

Marco Verratti admits that he is excited by the prospect of Lionel Messi signing for Paris Saint-Germain.

Messi’s deal with Barcelona is up at the end of the season, and with Barca in financial strife, the prospects of them retaining the Argentine look to be slim.

Manchester City are linked with the six-time Ballon d’Or winner, yet it is PSG who seem to have the edge in the race to capture the all-time great.

Verratti, who has been with PSG since 2011, has admitted that he would welcome the arrival of Messi to the Parc des Princes outfit.

Speaking to Canal+, the Italy international midfielder explained: “Of course, I would like to play with Messi.

“To have him in the squad would be something magnificent, one more thing that football would give to me.

“I would give the ball to Neymar and Messi and stay behind to just enjoy watching them a bit.”

PSG have been criticised by Barcelona for openly courting the attacker, with Verratti following Leonardo Paredes and Angel Di Maria in flirting with Messi.

Head coach Mauricio Pochettino, however, had moved to try and cool the controversy at the press conference earlier this week.

“And 10 days before the match against Barcelona, ​​we are focusing on Ligue 1, a different competition, and we will have time to think about the Champions League. We have immense respect for an institution like Barca and towards all the people who work there and its players.”

PSG’s build up for that big clash continued on Sunday as they played out a 2-0 victory away from home over Marseille, with Kylian Mbappe’s early goal added to by a clever near-post header from Mauro Icardi.

PSG, however, remain third in Ligue 1 behind leaders Lille and Lyon.

Nevertheless, they are better placed to challenge for their domestic crown than Barcelona, who may be second in La Liga, but are a distant seven points behind Atletico Madrid, who also have two games in hand over Messi & Co.

Mon Feb 8 , 2021
The imposing striker is still impressing at 39 years old, but retirement is possible given his advanced age AC Milan would love to have Zlatan Ibrahimovic back next season, but they don’t yet know whether the prodigious goalscorer wants to keep playing. Ibrahimovic has scored 15 times in all competitions this […] 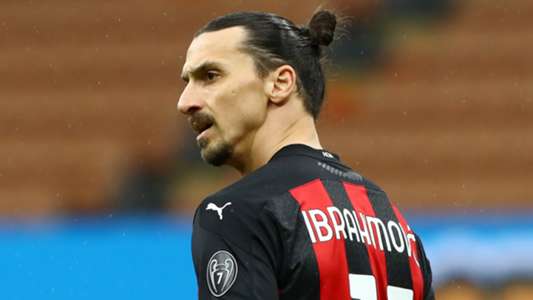