Many a derby has given birth to a new hero or has elevated the status to mythical proportions.

Jose Ramirez Barreto’s run towards the corner flag after scoring with his eyes and arms pointing towards the heaven is part of Mohun Bagan’s folklore. Sony Norde’s Sten gun celebration after a stunning freekick in Siliguri which silenced the East Bengal crowd is a memorable moment cherished by the Mariners. Whereas, Edeh Chidi’s four goals that helped Mohun Bagan put five-past East Bengal to exorcise the ghosts of 1975, put the Nigerian on a pedestal of reverence.

The time is ripe for Roy Krishna to inscribe his name into the hearts of the millions of Mohun Bagan faithful with a performance to remember on Friday evening when they face their archrivals in the Indian Super League (ISL).

Krishna already has a goal against East Bengal in the previous meeting and was instrumental in the 2-0 victory in November. But this time the challenge is far more difficult.

East Bengal looked a disjointed side, had no rhythm whatsoever and meekly surrendered in their debut ISL match to a well-drilled ATK Mohun Bagan team. But, during the course of the league. they have managed to forge an identity of their own. With the turn of the year, they grew in stature and one could even argue that if a couple of results had gone in their favour in the initial stages, they could well have been vying for a playoff spot.

It will be an interesting battle between Danny Fox and Krishna. In this edition of ISL, only on a handful of occasions, the Bagan striker has struggled to make a mark and Fox must remain on his toes throughout the 90 minutes to keep a close check on the leading goal-scorer.

It takes an inch for Krishna to make a difference and if the British defender is hard-pressed to remember the goal from the first leg, he can check with his compatriot Peter Hartley who must be still licking the wounds from the previous fixture. The Jamshedpur FC defender did a fair job for most of the match in keeping a check over the goal-poacher and yet Krishna had the last laugh as he went on to score the winner to the utter dismay of Hartley.

The 34-year-old has been on a goal-scoring streak for the past five games and shows no signs of slowing down. Out of his 13 goals, seven of them have come in the last five matches. With Manvir Singh, Marcelinho and David Williams ably supporting him, Krishna should look to make it a night to remember.

Given his heroics in India, he has already established himself as one of the greatest strikers to have graced the game. His brilliant figures of 28 goals in 38 matches have made the football aficionados take his name in the same breath with some of the greatest goalscorers to have played in the green and maroon shirt. There is little doubt that he is a fan favourite and if he manages to score a couple while steering his team to a potential league double, the Mariners will have another legend to boast and worship for the years to come.

Fri Feb 19 , 2021
From being a mere substitute to becoming an important part of ATKMB’s lethal attack, Manvir Singh’s fortunes have taken a turn for the better… It’s not easy to succeed at a Kolkata club for any player, mainly due to the fanfare and the expectations of the huge fan bases which surround the […] 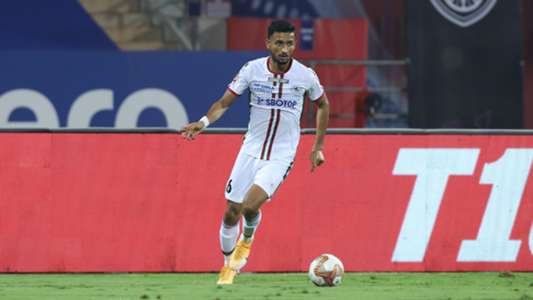