Paris Saint-Germain star Rafinha says that it is time the club put their Barcelona nightmare to bed.

The clubs go head to head in the Champions League last 16 at Camp Nou on Tuesday, with PSG having lost 6-1 on their last visit to Catalunya.

On that occasion Rafinha as well as Neymar, who will be injured for this clash, were wearing the Blaugrana, but the two players have now swapped allegiances.

Editors’ Picks
What did Rafinha say?

Speaking to Le Parisien , the Barcelona youth product said: “What club would not have suffered after the Remontada? We have this opportunity to respond, play a great match and get this thorn out of our foot.

“I can tell you that we all want to get on the pitch and win this game.”

What is La Remontada?

La Remontada, Spanish for “The Comeback,” refers to Barcelona’s incredible feat in the Champions League last-16 tie of 2017 against PSG.

The Catalans had lost the first leg 4-0 in Paris, which was a deficit that no team had previously overcome.

However, inspired by Neymar in incredible form, Barcelona went through thanks to a 6-1 victory at Camp Nou, which included three goals scored in the 88th minute or later.

The midfielder heaped praise on his former club.

Asked what they gave him in his life, he replied: “Everything. They gave me everything. I learned almost everything at their training centre. I remember that time in my life fondly.

“I grew up in Barcelona, I lived there for 13 years and I feel Catalan.

“I learned about being a footballer with Barca but also about being a person in this city. For me, Barca will always be special.”

Mon Feb 15 , 2021
The Senegal international found the back of the net to help his side secure all three points at Stadio Luigi Ferraris Keita Balde was on the scoresheet as Sampdoria secure a 2-1 win over Fiorentina in Sunday’s Serie A game. The 25-year-old was handed his sixth league start since teaming […] 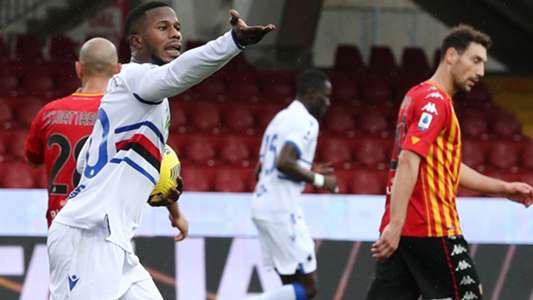