Scotland star Kieran Tierney is being bugged by a calf complaint.

Arsenal have confirmed Kieran Tierney will miss Tuesday’s Premier League game with Wolves, but the Gunners have been boosted by Pierre-Emerick Aubameyang returning to training.

Tierney sat out Arsenal’s 0-0 draw with Manchester United at the Emirates Stadium on Saturday due to discomfort in his right calf – and manager Mikel Arteta revealed at his press conference on Monday that the Scotland star had not returned to training with the rest of the squad.

“They haven’t been able to train yet with us, so I think it will be really difficult for them,” Arteta said of Tierney and Bukayo Saka. “I don’t know, we are going to try until the last minute – see how they are feeling.”

Saka, who also missed the draw with the Red Devils, is in contention to face Wolves on Tuesday after returning to training, but Tierney will not participate in the game.

“Kieran is continuing to be assessed for discomfort in the right lower leg,” the club said in a statement. “Kieran is unavailable for Tuesday’s match.

“Bukayo Saka missed Saturday’s match with a sore hip. Bukayo has now returned to full training and his availability will be assessed ahead of Tuesday’s match.”

Aubameyang has not featured for the Gunners since pulling out of the squad on the eve of the FA Cup game with Southampton on January 23.

It was subsequently revealed that the Gabon international’s mother had been taken ill.

The forward said in the middle of last week that he had returned home and was hopeful of joining the squad soon, but he missed the United match amid talk that he needed to quarantine after leaving the Arsenal bubble. Aubameyang’s return to training indicates he produced negative coronavirus tests, and is in contention for the trip to Wolves.

Dani Ceballas and Pablo Mari, meanwhile, have shaken off calf injuries and are in contention, but January signing Mat Ryan is still struggling with a hip problem and will not be able to sit on the bench as cover for first-choice goalkeeper Bernd Leno.

The draw with United resulted in Arsenal dropping to 10th in the table, eight points behind Leicester who currently occupy the fourth Champions League qualification spot.

Mon Feb 1 , 2021
The 27-year-old has agreed to join the Super Lig side on a two-and-a-half-year deal DeAndre Yedlin has joined Galatasaray on a free transfer from Newcastle. The U.S. men’s national team defender has signed a deal with the Turkish giants that runs until summer 2023 and will net him around €2.6 […] 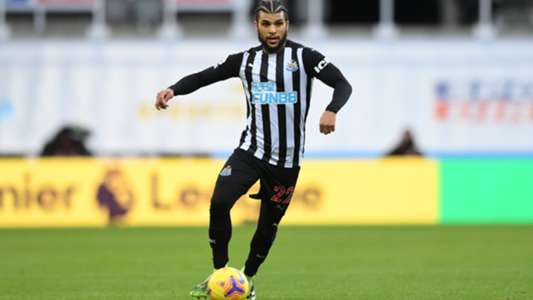