Kieran Tierney is “one of the best left-backs in the Premier League” and a model of consistency for Arsenal that is not “flashy” and a steady “seven out of 10 and above every week”, says Nigel Winterburn.

The Scotland international defender continues to see his stock soar at Emirates Stadium during his second season in north London.

The Gunners knew what they were buying into when doing a deal with Celtic in 2019, with Tierney having seen a move to the Premier League mooted for some time.

Injuries stunted his early progress, but Tierney is now a key part of Mikel Arteta’s plans and a man being billed as a future Arsenal captain in the making.

Winterburn, who once filled the same role for the Gunners, believes the 23-year-old is already part of British football’s elite, telling FreeSuperTips: “When Kieran Tierney first came to Arsenal, he was injured and unable to train with the team. He came in on a separate rehabilitation programme initially, but now we are starting to see what he can really produce on a regular basis.

“He’s one of the best left backs in the Premier League, when you consider his consistency, his crossing and the chances he creates.

“How successful he will be will depend on how many games he plays, how many trophies he wins, but he’s up there with the best full-backs in the Premier League. His level of performance has been great.

“You don’t need anything flashy from your defenders, you need them to do their job well and be seven out of 10 and above every week, which is exactly what he does.”

While Tierney continues to thrive on the left, it has been suggested that Arsenal could do with finding an upgrade on Hector Bellerin in their right-back berth.

Winterburn added on those claims: “A team will always look to see whether they can improve in certain positions. As a manager, along with your coaching staff and scouting network, you’d never say you were looking for a position to upgrade.

“They may not be looking for upgrades in certain positions and for their main players, but if a player pops up that could be better – or eventually be better – than what you’ve got, you’d be silly not to consider them.

“Hector Bellerin had that sensational season a few years ago but he picked up a bad injury and he’s still working through that injury.

“If I’m honest, his performances haven’t been quite there. At times I feel he’s fully recovered and performing like he used to, and then other times I think he’s not quite there yet. He’s Arsenal’s first choice right-back, and that’s apparent within the selection of this team at this moment in time.”

Adrenaline has worn off for Werner & Havertz at Chelsea, says Poyet

Fri Jan 29 , 2021
Two big-money signings are yet to deliver on expectations but an ex-Blue feels that time must be given before the pair are written off Former Chelsea midfielder Gus Poyet has urged patience with Timo Werner and Kai Havertz, stating that early promise upon arrival was fuelled by the adrenaline of […] 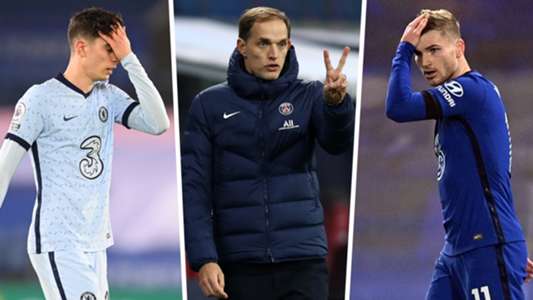