The Detroit Pistons are continuing their thorough search to hire their new general manager with Thunder’s executive Troy Weaver being the favorite.

First reported by Marc Stein, Weaver is the front-runner for the position with both sides actively working to complete the deal.

Longtime Thunder executive Troy Weaver has emerged as the top choice in Detroit’s search for a new GM, @NYTSports has learned, with the Pistons actively working to complete a deal to hire Weaver

Sources to @YahooSports: Major hurdles have been cleared to pave way for OKC’s Troy Weaver to become Detroit Pistons new GM. Both sides want to make this happen

Weaver is currently the vice president of basketball operations and the No. 2 guy with the Thunder, behind Sam Presti.

The new general manager of the Detroit Pistons will report directly to Ed Stefanski, who was hired as an consultant to the franchise ownership two seasons ago.

Stefanski is in charge of basketball operations and he will oversee the Detroit Pistons’ rebuild.

Mon Jun 15 , 2020
The 25-year-old Nigerian defender is impressed with the performances of Hans-Dieter Flick’s men in this campaign Koln right-back Kingsley Ehizibue in awe of Bundesliga leaders Bayern Munich, and likened the players to robots. Hans-Dieter Flick’s men are on a 13-game winning streak to sit comfortably at the top of the […] 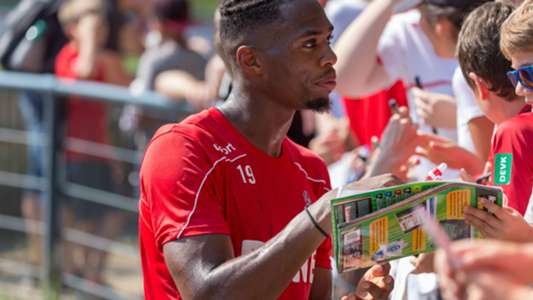