The Buccaneers succumbed to a 2-0 defeat to Abafana Bes’thende in a PSL match which took place at Sugar Ray Xulu Stadium with Pule Mmodi grabbing a brace for the home side.

Arrows’ speedy attackers were able to expose Pirates’ defence with coach Josef Zinnbauer having opted for a 3-4-3 formation.

“Arrows had a strategy that they tried to apply,” Modise told SuperSport TV.

“They knew that Pirates were defending with three at the back and there is always some space and gaps that they [Arrows] needed to utilise with speed as well.

“[In] second-half, yes, Pirates came back with some good intensity, but they attacked in numbers and you could see Arrows were getting the chances [at the other end] with Pirates looking to get that equaliser.”

The Buccaneers began the second-half brightly and they were awarded a penalty after Thabani Zuke was adjudged to have handled the ball in the box.

It was a chance for the visitors to make it 1-1 from the spot-kick, but Thembinkosi Lorch ballooned his effort over the crossbar and Modise feels that the penalty miss dented Pirates players’ confidence.

“I think after the penalty miss, Pirates became totally different and they started being exposed at the back,” the retired attacking midfielder continued.

“It was not a good penalty from Thembinkosi Lorch. After the penalty, you could see the mood and body language of the players were affected.”

“Look the difference is that Pirates became quicker and they started avoiding being compact in the midfield and they started going wide with Mhango giving them that outlet as well,” Modise added.

“The problem is that the players will always resort back to going inside the midfield that is why their [Pirates] balls were intercepted even though they looked dangerous on transition.

“So, if they [Arrows] made better decisions regarding those chances they could have punished Pirates more by scoring more goals.”

Pirates will be in action on Saturday as they host National First Division (NFD) side Uthongathi FC in the Nedbank Cup Last 32 game at Orlando Stadium.

Wed Feb 3 , 2021
The 28-year-old forward has officially been unveiled by the Spireites and can make the deal permanent when it expires Chesterfield FC have sealed the signing of striker Adi Yussuf on loan from Blackpool until the end of the season. The 28-year-old played on loan at Wrexham from the Tangerines this season, […] 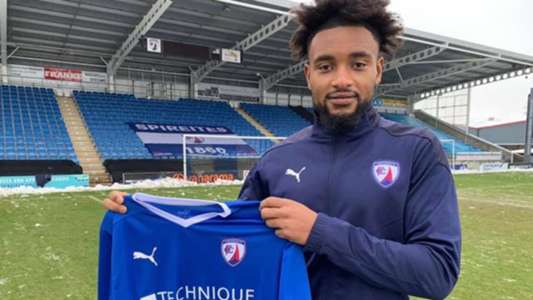