To some, the circumstances around De Bruyne’s exit remain a source of regret after he left in an £18 million ($25m) deal before going onto become one of the Premier League’s best players at Manchester City.

Now, vice-captain at City, De Bruyne could lift the Premier League title for the third time if his side beat Chelsea on Saturday, with a Champions League final to come between the two teams later in the month. Tuchel is glad that De Bruyne reached his potential after a move but doesn’t want history to repeat itself with Werner or Havertz.

Editors’ Picks
What he said?

“I don’t know; I wasn’t there. I can just say that you can get caught up in the thoughts that it was a big mistake to let him go, but you never know. You don’t know what would have happened if he would not have changed the club back to Germany from Chelsea and then back to England after that,” Tuchel told reporters.

“Maybe he needed it at the time. A different league, a different challenge to be at his best level that he has maybe ever reached to be so influential at City and even be the captain for an amazing and such a successful team.

“You don’t know; maybe it was for the best for him. Maybe he would have done the same route had he stayed and forced his way in here. It is hard to tell, hard to tell but what I can tell you is that this league here, because you draw a comparison to Timo and Kai’s situation, the league here makes you either do it or don’t do it.

“This league is the best here to challenge every player and coach at the highest level in football. You have two possibilities, you step up or you don’t. If you don’t, you don’t make it in this league and that’s why I am very happy that Timo and Kai both stepped out of their comfort zone and took this adventure, this huge challenge, come to England, go abroad in the hardest league and go to a club with a real winning mentality.

“A tough club that’s not about second or third place; this is about winning. This is bravery and it is the right step for them to bring out their very best. This is very good because it is the league and challenge that demands it and sharpens their character.

“It’s their mentality and this is what we can see. They are still on their way, we will boost them and this is always a process. For some, it is faster and for others, it is slower, but as long as they are all Chelsea’s players, they get our full support.”

How are Chelsea shaping up to end the season?

Chelsea are in need of the points on Saturday in their efforts to qualify for the Champions League through a top-four finish. They also have an FA Cup final to come against Leicester City next week.

They have only Mateo Kovacic out injured ahead of the trip to Man City. Pep Guardiola’s side have only John Stones out through suspension.

Fri May 7 , 2021
The England international has only started two games for the Reds this season, but Klopp says that is down to the team’s defensive issues Jurgen Klopp insists Alex Oxlade-Chamberlain still has a future at Liverpool, and has explained why he expects the midfielder to play a bigger role at Anfield […] 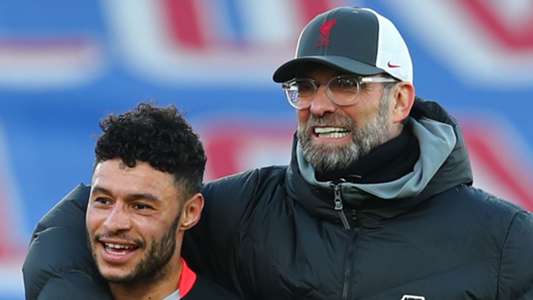