The German coach has been named the new manager of the West London side, and here’s how you pronounce his name correctly

Thomas Tuchel has been appointed Chelsea manager following the dismissal of Frank Lampard amid a run of poor results with the club.

Tuchel, who signed an 18-month contract with the Blues with the possibility of further extension, is already a coach with proven experience – having previously taken the reins of both Borussia Dortmund and Paris Saint-Germain.

But how do you say ‘Tuchel’? Goal takes a look.

Editors’ Picks
How do you pronounce Tuchel?

It is pronounced “Too-khel”, but with a bit of a throat noise in between syllables when alternating from the vowel to the consonant.

Tuchel’s name, which is of German origin, is not pronounced the way its French equivalent would be said – such as “too-shell” – and it is not purely pronounced “too-kel” with a solid “k”.

Tuchel has joined Chelsea after he was sacked from PSG a month earlier, whose dismissal – which came after a 4-0 victory over Strasbourg – reportedly came as a surprise to some at the club.

The German coach led PSG to the final of the 2020 Champions League, losing 1-0 to Bayern.

At PSG, Tuchel won two Ligue 1 titles since his appointment in May 2018, as well as one Coupe de France title.

While manager of Borussia Dortmund from 2015 to 2017, replacing outgoing coach Jurgen Klopp who joined Liverpool, Tuchel lifted the DFB Pokal.

Six trophies in two and a half years 🤩

Took the club to their first ever Champions League final 👏 pic.twitter.com/KBr8riTcwg

Tuchel replaced Lampard on January 26, with the former Chelsea midfielder being dismissed a day earlier after just 19 months in charge.

“I would like to thank Chelsea FC for their confidence in me and my staff,” Tuchel told the Chelsea official website.

“We all have the greatest respect for Frank Lampard’s work and the legacy he created at Chelsea.

“At the same time, I cannot wait to meet my new team and compete in the most exciting league in football. I am grateful to now be part of the Chelsea family – it feels amazing!”

Tue Jan 26 , 2021
Both teams are locked at 14 points from 13 games as they would like to strengthen their play-off hopes… Kerala Blasters will be looking to do the double against Jamshedpur when the two sides meet again in the 2020-21 Indian Super League (ISL) at the GMC Stadium in Bambolim, on Wednesday evening. […] 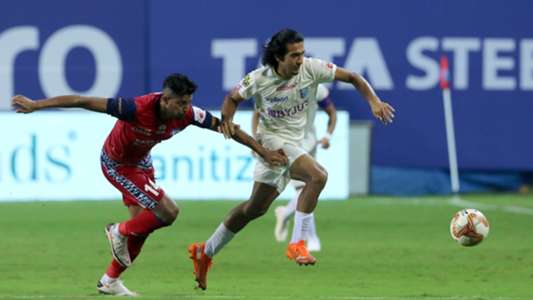