The Blues got their third league win in a row to rise to fifth place in Yorkshire and there was good news on the injury front as well.

Thomas Tuchel confirmed why Christian Pulisic and Thiago Silva weren’t in the Chelsea squad for the 2-1 away win over Sheffield United, while he allayed fears about Timo Werner’s health.

Werner set up both goals in the win at Bramall Lane but came off in the 75th minute to get treatment on his thigh after being involved in both Mason Mount and Jorginho’s goals.

Meanwhile, Silva also picked up a thigh injury during the 1-0 win at the Tottenham Hotspur on Thursday and had a scan after the match to confirm the severity of his problem. Tuchel explained why he and surprise omission Pulisic were left out on Sunday.

“Christian has some family issues to resolve and family is always first so we decided to give him a rest for this game,” Tuchel said. “With Thiago, we are fighting for him every day but he will be for sure out for the FA Cup so it will take time.

“It will be several days but we have set the goal, I would like him back for maybe Southampton, that’s realistic but also ambitious. I know Thiago, he will do everything to be ready as soon as possible but it is a muscle injury so you cannot take any risk.”

After Werner explained that he suffered a dead leg upon winning the man of the match award, Tuchel admitted he had no concerns about the 24-year-old’s condition: “I’m not sure how you say it in English, you call it a ‘dead leg’ or something?

“That describes it well. It’s not serious, It is very painful for him at this moment but now, I think he’ll be fine.”

The £47.5 million ($59m) summer signing from RB Leipzig went into more detail about how he got injured in the collision to win the decisive penalty in the second half.

“The 10-15 minutes after was hard. I told the manager he should take me off because it was a tight game. In the end, it is better to have 11 fit players on the pitch rather than 10 and a half,” he said on SkySports.

Kai Havertz is also on the injured list, but Kurt Zouma recovered to make the bench on Sunday after the pair suffered problems on the training ground last week.

Mon Feb 8 , 2021
The news that the former Barcelona star is set to pen a new deal was greeted with delight by the World Cup winner after a 2-0 win over Marseille Kylian Mbappe is delighted to hear that Neymar will sign a new contract with Paris Saint-Germain. The Brazil international star, who […] 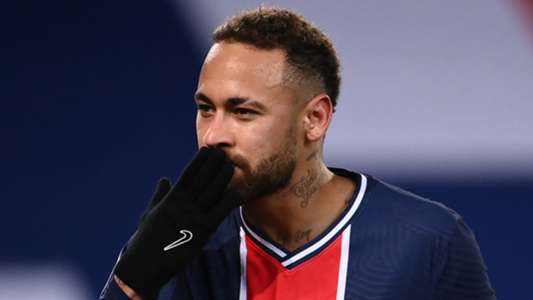