Josh Maja has expressed his delight after scoring twice in his first Premier League start for Fulham against Everton on Sunday night.

The 22-year-old delivered a five-star performance for the Cottagers in the encounter to help them secure a 2-0 victory at the Goodison Park.

Maja joined Fulham from French club Bordeaux during the January transfer window on loan till the end of the season and has quickly settled in the team.

The forward’s effort helped the Craven Cottage outfit end their eight-game winless run, having last won a match in January.

Maja revealed he had been looking forward to a time when he would open his goalscoring account for Scott Parker’s men before achieving the feat at Goodison Park.

“It is a big one, we came into the game wanting to win it and not had the results we wanted. We are very happy with the win,” Maja told BT Sport.

“We took our chances when it came and put in another good performance again, we want to continue like this. For the whole 90 minutes, the guys worked hard and stuck to the gameplan.

“This is a night I have been dreaming about for a long time, especially last night and I had a feeling it was coming and pleased it became a reality.

“Wins give the fans and players confidence and we want to take it into the next game.”

Fulham manager Parker has also praised Maja, describing his performance for his side against Everton as ‘fantastic’.

“Fantastic tonight in terms of scoring two goals. The first move was brilliant and he is there to tap in and the second is a striker’s instinct to knock one in from the rebound off the post,” Parker said in a press conference.

“It has been well-documented that we have missed some big chances; the fine margins are we have not been clinical enough and tonight we were. A big boost for the team, nothing short of what they deserved.”

Maja will hope to continue his impressive showings when the Cottager take on Burnley in their next Premier League game on February 17.

The forward has one cap for the Nigeria national team and will be expected to continue his fine club performances to boost his chances of getting regular call-ups to the Super Eagles.

Mon Feb 15 , 2021
The Islanders vye to retake the top spot after dropping seven points in four games; Sunil Chhetri is set to make his 200th appearance for the Blues… Mumbai City (34 points) lost the top spot to ATK Mohun Bagan (36) who defeated Jamshedpur 1-0 on Sunday. Sergio Lobera will be without […] 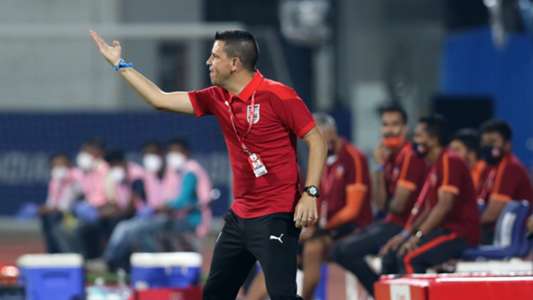