Thiago Silva says a “nice surprise” from Frank Lampard immediately assured him he made the right choice when joining Chelsea over the summer.

The Brazil defender moved to the Premier League shortly before his 36th birthday, bringing to an end his eight-year spell at Paris Saint-Germain.

Silva says he had no doubts about his decision to head to Stamford Bridge, but appreciated a gesture he received from his new manager as he prepared for the move.

“As soon as I said yes, he sent me a picture of us both shaking hands as national team captains in 2013,” Silva told FourFourTwo. “It was a nice surprise. He understood exactly what I needed at this stage of my career, probably because he had made a similar move when he was also 36, from Chelsea to Manchester City.

“I didn’t think twice when I heard Chelsea were interested in me – not only because of their history, but also because Willian and David Luiz invariably spoke highly of them.

“Marina [Granovskaia, club director] called me after I’d agreed, then passed me on to Frank. It was through a translator, because I still don’t speak English and his accent was even tougher for me!”

What did Lampard say to him?

While Silva has now been reunited with his old PSG manager in Thomas Tuchel, it seems he had a positive relationship with Lampard before his sacking.

He added: “He [Lampard] hit the nail on the head from day one, saying, ‘Thiago, you don’t need to worry about your age – it’s not a concern for me at all. I’ll count on you absolutely, and I want to listen to what you have to say.’

“I was over the moon with that; knowing everyone at the club, top to bottom, wanted me here. My mission now is to keep up with what everybody expects from me.”

Tue Feb 9 , 2021
Chennaiyin have not score in nine of their 16 games this season when they face direct play-off rivals Jamshedpur FC Chennaiyin are looking for their first win in six games when they face Jamshedpur in a 2020-21 Indian Super League (ISL) encounter at the GMC Stadium in Bambolim, on Wednesday evening. Game […] 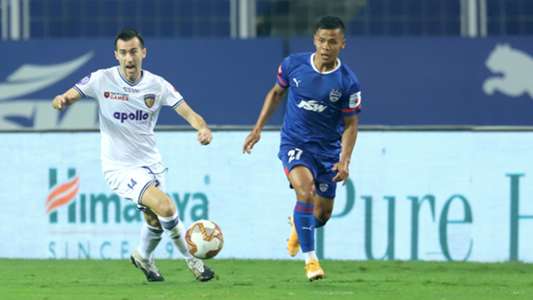