Thiago Silva limped off the pitch with an apparent leg injury in the first half of Chelsea’s clash with Tottenham.

The Brazilian remained on the ground in pain after overstretching to clear a ball just after the half-hour mark at the Tottenham Hotspur Stadium.

Silva was unable to continue after receiving treatment from Chelsea’s medical staff on the pitch, with Andreas Christensen subsequently brought on as his replacement.

The 36-year-old was making his 17th Premier League appearances for the Blues since joining the club on a free transfer, and his third under new head coach Thomas Tuchel.

We’re forced into an early change as Thiago Silva hobbles off and is replaced by Andreas Christensen.

Silva has previously worked with Tuchel at Paris Saint-Germain, who allowed him to leave at the end of his contract in August before sacking the German tactician four months later.

The veteran defender was sad to see Frank Lampard lose his job at Stamford Bridge, but has admitted that he is glad to have been reunited with a manager he knows very well.

“I am left with mixed feelings. Sadness for one, happiness for the other. But life has to go on and we have to turn our results around,” he said last week.

“The six months I spent working with Frank were fantastic, and I have two unbelievable years with Thomas Tuchel in Paris too, including getting to the final of the Champions League. That was a really great year for everyone at PSG. So it’s a special moment for me with his arrival here.”

Chelsea are seeking a third successive clean sheet against Spurs, having drawn 0-0 with Wolves and beaten Burnley 2-0 in their first two games with Tuchel at the helm.

Silva had featured in the centre of a three-man defence in those fixtures, and started in the same position for the London derby, but was unable to see out the full 90 minutes this time around.

The Blues will hope that that the issue doesn’t keep him out of action for any length of time, with a trip to Sheffield United looming large on the horizon.

Tuchel’s men will take on the Blades at Bramall Lane on Sunday before their focus switches to the FA Cup and a fight round clash against Barnsley on February 11.

Thu Feb 4 , 2021
The Algerian midfielder made a great start to life in the United Arab Emirates by securing maximum points for his new team on Thursday Mehdi Abeid made a memorable debut in the Arabian Gulf League by scoring a late match-winning goal in Al Nasr 2-1 victory over Khorfakkan. The 28-year-old […] 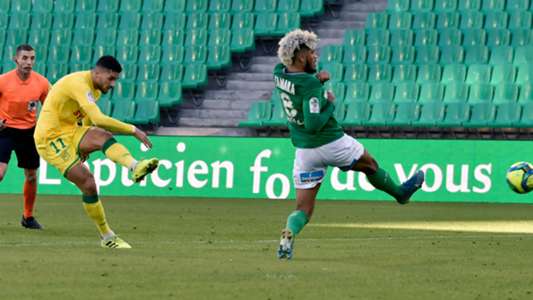