Thiago Silva says he dreams of returning to former club Fluminense before he retires, drawing inspiration from Paolo Maldini as he nears the end of his career.

The Brazil defender, now 36, plans on playing until he is 40 after spending time shadowing Maldini when he first joined AC Milan.

Silva joined Chelsea on an initial one-year contract with the option of extending for a further year but, while his current objective is the Premier League, it is his boyhood club and the Copa Libertadores which have truly captured his imagination.

“If I told you that I don’t think about it, I’d be lying to you,” Silva told TNT Sports when quizzed on a possible return.

“It’s something that I think about, I already talked a few times with my wife. When you have a long career in Europe, your children grow up in Europe, this decision is difficult.

“Maybe you leave your family, your children studying in Europe and go to Brazil anyway. If I’m not mistaken, Julio Cesar did this recently at Flamengo before ending his career.

“I do have this dream of returning to wear the shirt of Fluminense, everyone knows my desire. But it’s something I prefer to leave in the future to see how things are going to happen.

“It’s a difficult decision to be made, but I’m really thinking with great affection and suddenly I have this Libertadores mission again.”

Having won trophies in France, Italy and Brazil, reached the Champions League final with PSG and lifted the Copa America with Brazil, Silva joined Chelsea as one of Europe’s most experienced defenders.

He says he draws on the example of AC Milan icon and former team-mate Maldini as he looks to extend his career into his 40s.

“Those last six months of his career were the six months when I had arrived at Milan and couldn’t play,” he recalled.

“[Carlo] Ancelotti took me to all the games. Of course he asked me to watch the team, but specifically to watch what Maldini did on and off the pitch. He was 41 already.

“I tried to observe not only in the games, but in the moments during the week, in his preparation, what he did, what he tried to do to keep improving, because people who play at a high level are always wanting to improve and playing as better as possible.

“And he trained like none of the young players did. So I have him as an example not only on the pitch on matchdays but also on the outside.

“I identified a lot with Paulo and in this little interaction that I had with him, I could see that suddenly I was preparing well and could reach 40 years of age playing wherever I wanted, you know.

“And Paulo, for sure, he’s certainly somebody that I greatly admired, a mirror so that I can reach these 40 years, which is the age I have in my head that maybe I could end my career.”

Thu Jan 28 , 2021
Nicknames can be hard to shift once they stick to a player – so why has the Portuguese playmaker been given his? When Manchester United get a penalty, the man they charge with the responsibility of converting it is Bruno Fernandes. It used to be Marcus Rashford or Paul Pogba […] 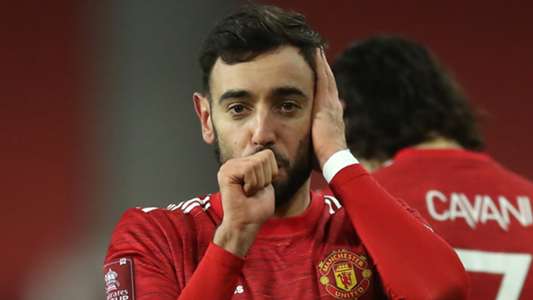