Thiago Alcantara is not changing Liverpool for the better despite being a “brilliant player” says Dietmar Hamann, with the former Reds midfielder reiterating his claim that the Spanish playmaker is slowing Jurgen Klopp’s side down.

The reigning Premier League champions were considered to have pulled of quite a coup when luring the former Barcelona star away from treble-winning Bayern Munich in the summer of 2020.

The talented 29-year-old saw a bout of Covid-19 and an unfortunate injury suffered in the derby with Merseyside rivals Everton prevent him from making an immediate impact in England.

Thiago has returned to full fitness of late and landed a prominent role in Klopp’s plans. Hamann, though, has suggested that Thiago is forcing a side struggling for form away from a tried and tested model that has delivered so much success, with Mohamed Salah and Sadio Mane lacking the speedy service that once made them so productive.

“He hasn’t played much, he has been injured,” Hamann told Stadium Astro of Thiago. “We have seen some of the best players in Europe take a few weeks or months adapt to the English game. I think we will see a better Thiago.

“Liverpool have always been a team that plays the ball forward quickly. I know teams sit back against them, but that doesn’t mean that slowing the game down helps them.

“Thiago is a player that always wants to be in possession, he gets 120 touches in a game, and when he wants the ball, the defenders and full-backs will be trying to give it to him because they know he is a playmaker.

“The earlier they get the ball, the more timer they have to turn and run at a defender. Mane and Salah are virtually unstoppable when they are running at defenders at pace.

“The dynamics of the team will change and I’m not sure whether that change will be for the better with him [Thiago] in the team. He’s a brilliant player, there is no doubt about it, but whether he is a player that Liverpool need, I’m not too sure.”

Thiago played another 81 minutes of competitive action for Liverpool in their FA Cup fourth-round clash with Manchester United, but was unable to prevent the Reds from slipping to a 3-2 defeat at Old Trafford.

AFC cancels U-16 championship scheduled to be held in Bahrain

Mon Jan 25 , 2021
The Coronavirus pandemic has forced the Asian football body to cancel its age-category tournaments… The Asian Football Confederation (AFC) has cancelled the 2020 edition of the AFC U-16 and the U-19 Championships which were scheduled to be held in Bahrain and Uzbekistan. The Asian football body reluctantly arrived at the […] 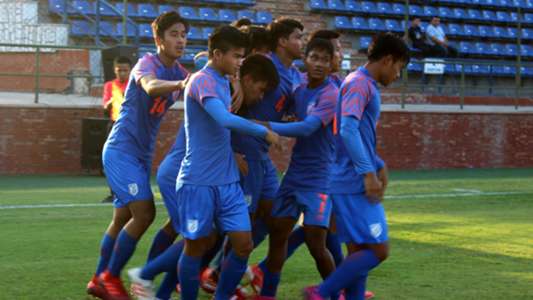