The DR Congo prospect was handed his first Premier League game of the season in Tottenham Hotspur’s 3-0 defeat to the Citizens.

Rodri’s penalty and a brace from Ilkay Gundogan were all Pep Guardiola’s side required to silence Jose Mourinho’s Spurs.

Playing for the 90 minutes at the Etihad Stadium, the 21-year-old explained what it is like playing against the English internationals.

“They are two quality players and the thing with them is, the more time you give them, or if you are back peddling and dive in, that gives them a chance because they’ve got quick brains, quick feet, you have to watch the ball at all times, concentrate and work with the team, talking together,” Tanganga told the club website.

“As a young player, to play in these games is not something you can take for granted. It shows trust that the manager puts you in this magnitude of game, so I needed to approach it right, be aggressive and know these guys are where they are for a reason.”

The youngster also rued the failure of Harry Kane’s freekick to find the target which would have given his team the energy, while expressing his delighted in playing his maiden game of the 2020-21 campaign.

“We started well, we had a plan, the more time you give them on the ball they are going to get that momentum, so we knew we had to get after them, press them and we started well, but the penalty changed the game,” he continued.

“If Harry’s free-kick goes in, we get that momentum. In the second half, they showed their quality and once they scored the second goal, their confidence was sky-high.

“As a defender, as well as you play, it’s never nice to concede one goal, let alone three.

“I’m happy to make my first appearance in the Premier League this season but we need to look back at it as a team and see where we can do better, but we move on to the next one on Thursday.”

Tanganga would be hoping to get the nod when Spurs take on Wolfsberg in the Europa League on Thursday.

When is the Champions League quarter-final draw? How to watch, time & teams for 2020-21 knockouts

Mon Feb 15 , 2021
All the details about the draw as Giorgio Marchetti and Co. at UEFA headquarters will soon be warming up the balls The 2020-21 edition of the Champions League has entered the business end of the competition and there is very little room for error in the knockout rounds. Sixteen teams […] 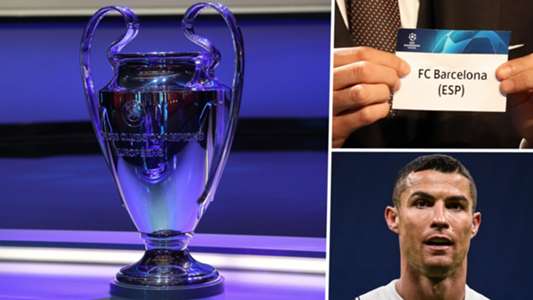