Refereeing decisions were once again in the spotlight after Hyderabad FC held East Bengal to a 1-1 draw in the Indian Super League clash at the Fatorda Stadium in Goa on Friday.

East Bengal FC assistant coach Tony Grant was understandably frustrated after the game. He was critical of the officiating, pointing out that his team should have had a penalty which he believed was not given because of Hyderabad FC manager Manuel Marquez influencing the linesman.

“I think there are more ways to describe (what happened). Not getting that penalty. It happens in every game. We have blatant decisions going against us. Unlucky is not what happened. Their coach is speaking to the linesman and their coach tells the linesman what to do. And their linesman instructs the referee that’s not a penalty. (The influence came) purely from the coach. One, that is illegal. Two, the linesman should be making his own decision,” Grant explained after the game.

Grant was filling in for coach Robbie Fowler who was suspended for four games from the touchline for his remarks at the referees.

“The referee was about to blow for a penalty. (Then changed because) the linesman said so, because the coach said so which is an absolute disgrace. I don’t know what goes on. Our manager is unfairly sitting in the stands for four games. They should practice what they preach. A player who worked hard, worked tirelessly, all game to get an opportunity. He gets an opportunity, he gets kicked. It’s a penalty. I think it will happen next week, the week after, I don’t know how it will change. But it has to change,” he added.

Grant, however, mentioned that East Bengal are gradually improving and playing more like a unit. He also hailed his forward Bright Enobakhare, who scored the opening goal, as a special player.

He also pointed out how the current staff, under Fowler, never had enough time to assess the squad and recruit foreign players.

“We took this job over and we had only two weeks to recruit players to come to India. Lots of clubs have been recruiting for the weeks and months, years for this season. We had two weeks to recruit a foreign player. We never recruited any Indian player, we never saw an Indian player. Then we had two weeks before the first game. It took us a long time to bring in players and you have seen (what happens then). We have had Subrata (Paul) who was excellent today.

“And these are players we would have recruited if we had the opportunity. And it took us a long-time. And you can see the gradual improvement. Things do take time. Especially for a new club, or going into ISL, and a new management coming in. So we had to work with the players we had,” he said.

“I think when you build a team it will come naturally. You build from the back, you build from the midfield, if you watch us now we have superb players. Bright (Enobhakhare) is a special player and he will get more chances. Purely it seems improvement as a whole,” he added.

Grant also explained how hard it was to concede an equaliser after leading the game for a long time. “To concede right at the end is tough. We dominated in the second-half. We were always in control. They tried putting in subs. And then there was one instance. It’s harsh to take, We are not a million miles away from competing with the top four.

“I think we had to win tonight. We have three games left tonight, So I don’t know. Obviously, teams have lose around us. The team needs to finish as a team and keep staying together and working hard. The club has been for over 100 years. We have to build that can grow on and create memories for all the fans in India,” he added. 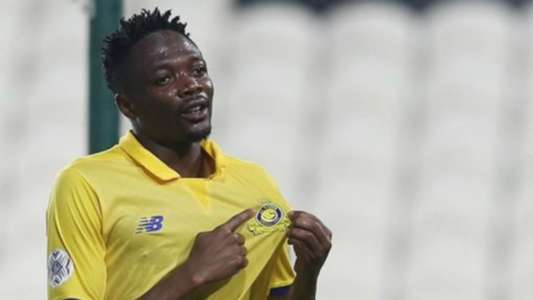