The striker scored thrice in Tas-sikkina’s away win over the Lilywhites, and vowed to keep silencing his detractors

Franklin Sasere claims his uninspiring Lugano sojourn served to motivate him as he scored his first career hat-trick when Hamrun Spartans defeated Valletta 3-0 in a Malta elite division outing on Wednesday.

Manager Mark Buttigieg is investing plenty of faith in the 22-year-old Nigerian and was rewarded with a notable treble to help his team remain at the summit of the Maltese Premier League.

Sasere, who was loaned to Tas-sikkina from the Swiss top-flight at the beginning of the 2020-21 campaign, was well aware of criticism of his performances at Lugano but says it only fuelled him to improve.

“I feel proud scoring my first career hat-trick. I have been working so hard for it and I’m happy it came against Valletta FC,” Sasere told Goal.

“I know that I struggled at Lugano because that was my first time in Europe plus I found it difficult to adapt, which drew negative criticism from those I felt should cheer me up.

“Of a truth, they keep my fire burning. Maybe without them, I wouldn’t have woken up from my slumber. Now that I have scored my first career treble, hopefully, I can keep painting everywhere with goals.

“I dedicate these goals to my family because they made me see hope when I felt all was lost.”

Sasere now boasts of 11 goals in 16 outings this term, while his contribution as a leader in the team has been priceless.

Unbeaten in their last 12 games in all competitions, Hamrun Spartans are guests of relegation-threatened Senglea Athletic in their next league fixture and the former Sunshine Stars player says his team will not underrate Vladan Tomic’s side, who occupies the base of the log with just two points from 16 outings.

“On paper, Senglea are underdogs but the reality is that the game is 11 players versus 11 players,” he continued.

“If we approach the game with a lukewarm attitude, we could be given the shocker of our life.

“So, I want to assure you and everyone out there that we will play them like our lives depend on it and, hopefully, we will come out victorious.”

Fri Jan 29 , 2021
The former Red Devils frontman believes the French forward has been unfairly treated amid struggles to prove himself as a leading number nine Anthony Martial has been “very harshly” treated during “a pretty difficult time”, says Dwight Yorke, with the Manchester United striker being backed to silence his critics if […] 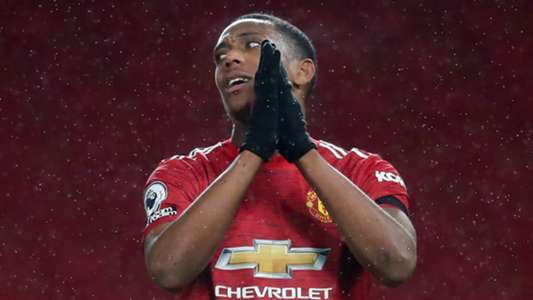