Ole Gunnar Solskjaer says Manchester United will have no excuses for failing to reach the final of the Carabao Cup and believes fresher legs could give his side the edge over Manchester City.

United, who face Pep Guardiola’s side in Wednesday’s semi-final tie, beat Aston Villa in the Premier League on Friday night, giving them five days rest ahead of the derby showdown.

City, meanwhile, played on Sunday afternoon away to Chelsea in the league, with Solskjaer having confirmed that Edinson Cavani, who is serving the second of a three-game ban, is the only absentee heading into the clash at Old Trafford.

“You have two teams who want to get to the final, we’ve had four days [rest] now after Villa so hopefully we’ve got more fresh legs,” Solskjaer said.

“It’s a difficult season but we’ll benefit from rotations made, that’s going to be important with having fresh legs.

“We’re disappointed at not having Edinson involved. He’s probably the only one that’s not [available], and, of course, Phil Jones, who has been out for a long time.

“They’re the only two that are not available for selection, which is a good position to be in.”

Wednesday’s match will be Solskjaer’s third semi-final in two years although he has failed to claim victory in any of those three previous games – the most recent being the Europa League defeat at the hands of Sevilla.

The Norwegian does, however, believe his team have progressed from last season and is hopeful the Red Devils will have enough to see off City and set up a final meeting with either Tottenham or Brentford.

He added: “The semi-final is a chance to get to the final and get your hands on a trophy in the next round. For this team it would be a very, very big step, getting our hands on a trophy. We have developed a lot in last 12 months, since the last semi in the Carabao Cup.

“It’s not just learning to win semis, we’ve also earned the right to feel we can go all the way with our performances, we are confident with our form so there’s no excuses.

“Of course, you play football to win and to win trophies, to get your hands on a trophy even though when you win you just move onto the next one but it gives you hunger to win more. Of course, the squad is focused, ready to give it a go and we have prepared well for this game.”

Tue Jan 5 , 2021
The France winger, whose current contract is due to expire in 2023, has addressed the ongoing speculation surrounding his future Bayern Munich star Kingsley Coman has spoken out on the transfer rumours linking him with Manchester United and Manchester City. Coman has enjoyed a rapid rise to stardom since making […] 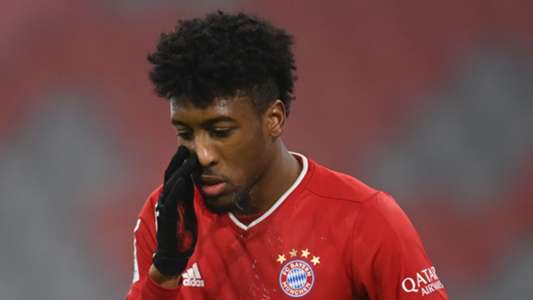