Mikel Arteta has defended Bernd Leno after the Arsenal goalkeeper was sent off in Tuesday’s loss to Wolves.

Both Leno and David Luiz earned straight red cards on Tuesday as nine-man Arsenal were undone in a 2-1 defeat.

Luiz was dismissed just before half-time with Arsenal leading 1-0, as the Brazilian clipped Willian Jose in the box to earn his marching orders while handing Wolves a penalty.

Leno, meanwhile, was sent off in the 72nd minute for a blatant handball outside the box, with Arteta coming to his goalkeeper’s defence after the match.

“I imagine he makes the decision in a split of a second,” the Arsenal head coach said, “and naturally he tries to stop the ball. There’s nothing he can do.”

He added: “It’s hard enough to win football games in the league. Those big decisions are like that but it’s nothing we can change at the moment.”

With Leno sent off Arteta turned to Runar Alex Runarsson, who arrived at Arsenal from Dijon this summer.

The Icelandic international made his sixth Arsenal appearance in the process, although he has looked shaky during his limited time with the Arsenal first team.

Runarsson was only on the bench due to an injury to January signing Mat Ryan, who arrived from Brighton on loan until the end of the season.

On Saturday, Arsenal will coincidentally face one of their former goalkeepers in Emiliano Martinez, who was sold to Aston Villa this summer for £20 million ($27m).

Despite the money the club earned, the Gunners have been questioned over the decision to let a talented player like Martinez leave the club, and those questions have only grown louder in recent months.

It remains to be seen who will now be in goal for Saturday’s match against Villa, with Arteta saying that there is hope that Ryan could be ready in time to make his Gunners debut.

“He had a muscular issue and in the last two days he hasn’t been able to train,” Arteta said. “Hopefully, we can get him back in the next few days.”

With Tuesday’s loss, Arsenal sit 10th in the Premier League, eight points off the top four despite having played at least one more game than all of the teams above them.

After facing Villa, Arsenal will play host to Leeds on February 14 before turning their focus towards the Europa League for the first leg of their last-32 tie with Benfica four days later.

Tue Feb 2 , 2021
Ole Gunnar Solskjaer’s men saw seven different players score on Tuesday as they put Saints to the sword at Old Trafford Manchester United matched a Premier League record for the largest margin of victory in the competition’s history with their 9-0 destruction of Southampton on Tuesday. The match at Old […] 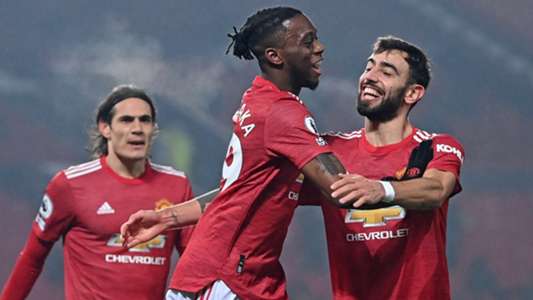