Tusker head coach Robert Matano has warned his players from underrating Mihuu United who they are set to meet for the Football Kenya Federation Shield Cup on Saturday at Sudi Stadium.

Tusker – who are in good form in as far as the FKF Premier League is concerned – will play the Bungoma side hoping to sail through the competition and lift the trophy they won in 2016.

“In football, there is no small or unknown team,” Matano said ahead of their game against the FKF Divison One side.

“It is a matter of how you handle yourself against your opponent. We are prepared for any team whether it is unknown or plays in the lower division. In football when you reach the pitch, you are all equal.”

“It’s a matter of how you organize yourself and think about how you are going to play, score goals and win the match,” Matano added. “For us, that is our goal; to play well and win the match to progress to the next round.”

Given the depth he has in his squad, Matano is expected to make some changes and rest the players who have regularly appeared in the Premier League.

The Brewers played and won 4-3 against the National Super League side as part of their preparations for the Mihuu United encounter.

“We have prepared well for this game and from the friendly, I could see that the players are sharp and looking good. They are ready and responding well,” said the tactician who won the Shield Cup title with AFC Leopards in 2017.

Matano’s emphasis on tackling Mihuu United with respect was echoed by midfielder Hashim Sempala. The Ugandan star was part of the team that won the cup and the Premier League in 2016.

“Yes, the tournament is important for us and knowing we have a chance to do a double is a motivation for us,” Sempala told the club’s website.

“The players are ready and focused on the tournament. We know it’s a knockout tournament so we are psyched up for it and determined to proceed to the next round.

The former Gor Mahia star is also aware of the dangers the Division One side could pose in Bungoma.

“Any team that comes to play in the cup tournament is a good team so for us, it is not important which division they are in,” he added. “We take every game as an equal game and we prepare seriously for it. We know that cup tournaments always have surprises and we cannot risk by taking the game lightly.”

The Tusker-Mihuu United game is among several others that will be played as the domestic tournament kicks-off.

Last season, this confrontation could not proceed past the quarter-final mark as it was cancelled due to the emergence of the coronavirus.

Sat Feb 13 , 2021
NorthEast assistant coach feels it’s best that the club concentrate on their own game in the race to the play-offs… NorthEast United will be looking to pull clear in the race for the top four spots in the ongoing Indian Super League (ISL) when they take on Odisha FC on […] 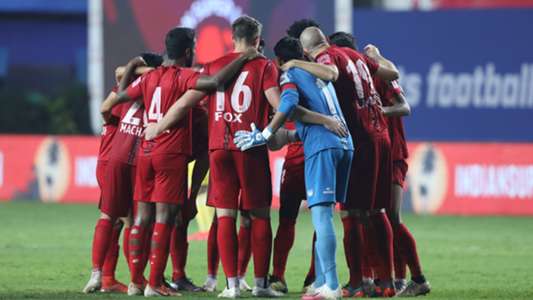