The Portuguese boss has denied that the Brazilian club are interested in signing the Spain international frontman, who is currently a free agent

Palmeiras boss Abel Ferreira has labelled transfer links with Diego Costa as “propaganda”, insisting that there has been “absolutely no negotiation” to bring the ex-Atletico Madrid striker to Allianz Parque.

Costa has been on the lookout for a new club since leaving Atletico in December, but has yet to settle on his next destination amid rumoured interest from a number of clubs across the globe.

Palmeiras are the latest outfit being tipped to bring in the 32-year-old, with reports that the Brazilian giants have offered him a two-year deal –  but Ferreira insists that no contact has been made.

Asked if Palmeiras are currently engaged in talks to sign Costa, the Portuguese manager told ESPN: “I noticed that the names, when they come from Europe, are soon linked to Palmeiras. What I can guarantee is there is absolutely no negotiation with this player. Absolutely none!

“I noticed that Palmeiras have become propaganda. Often for agents and players, they add the name Palmeiras because it’s like a trap. Dip your line in the sea and you usually catch a fish. To be clear: our plans for next season were finished up a while ago and delivered to the directors.”

Why did Costa leave Atletico?

Costa’s final contract with Atletico was not due to expire until the end of June, but he asked the club to terminate that agreement just before the winter transfer window.

The Spain international cited personal reasons for wanting to move on to pastures new, with Los Rojiblancos head coach Diego Simeone offering a full explanation to the media after his departure.

“It has all happened very fast,” said Simeone. “The club have spoken to him about his needs and his personal reasons and have found a way to help him without that being detrimental to the club, all of which gives us peace of mind.

“We want to help Diego and not damage our competitiveness. As always, the people at the club who have worked on the agreement for his departure took that into consideration.”

Who else has Costa been linked with?

Costa has not been short on potential suitors despite an acrimonious end to his second spell at Atletico, having also enjoyed a successful stint at Chelsea earlier in his career.

Some reports suggested that the Spaniard was in line for a return to the Premier League in January, with Tottenham and West Ham among those credited with an interest in his services.

Costa was also linked with a few other teams in La Liga, but it has been reported that the terms of his Atletico exit dictate that he will have to pay a €15m (£13m/$18m) penalty if he joins one of their domestic rivals.

Mon Feb 15 , 2021
The former Zoo FC player hopes the Brewers can build on the win and pocket their fifth domestic cup Tusker FC midfielder Michael Madoya is optimistic his display in the 9-0 win over National Division II side Mihuu United in the Football Kenya Federation Shield Cup on Sunday will give […] 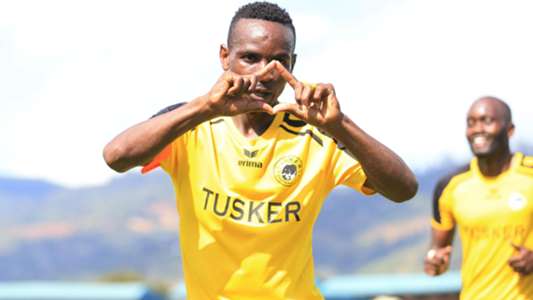